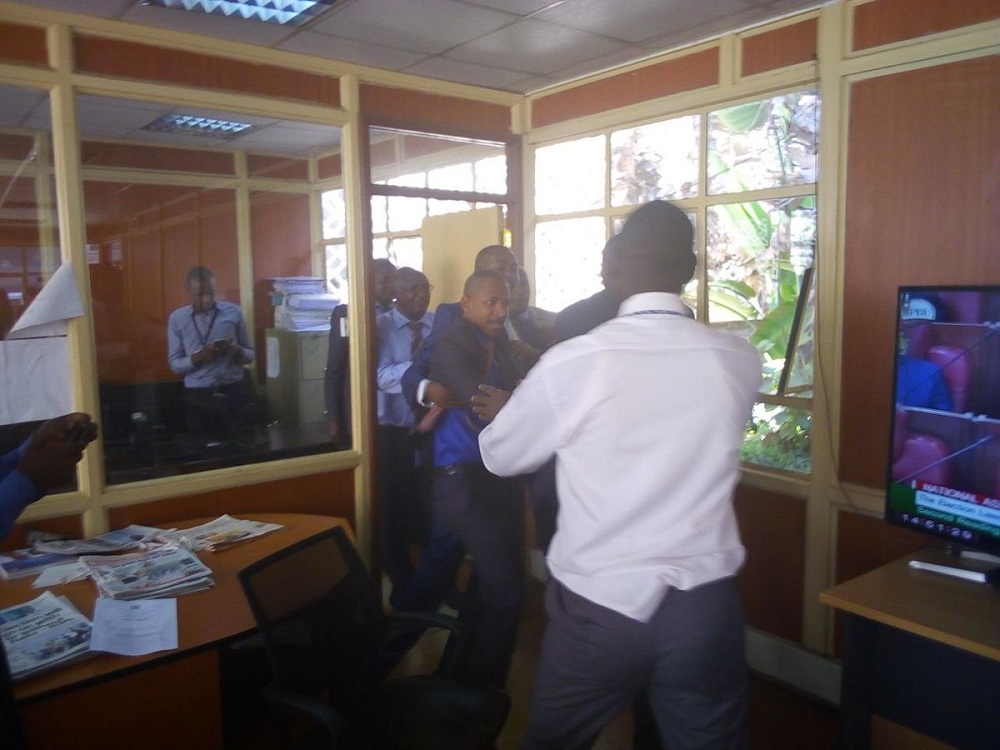 The two MPs fought before they were separated by parliament staff. They traded words as they left the media centre only to exchange blows again a few metres away.

Earlier, NASA MPs had announced they would not attend sittings to debate proposed controversial changes to the election laws in the National Assembly and the Senate.

The legislators have also reiterated that their leader, Mr Raila Odinga will not take part in the planned October 26 fresh presidential election. The decision was made Wednesday during the NASA parliamentary group meeting at County Hall.

Related: Babu Owino: Radical who will spice up Parliament

The move comes as the two Houses simultaneously debate the report on the two bills targeting the Independent Electoral and Boundaries Commission Act, Elections Act and the Election Offenses Act ahead of the October 26 election.

The two committees of the National Assembly and Senate co-chaired by Baringo North MP Mr William Cheptumo and Ms Fatuma Dullo held joint sittings last week to take views of the public regarding the views.

Leader of Minority in the National Assembly John Mbadi (Suba South) said the move to withdraw Nasa MPs is to avoid giving legitimacy to a “flawed process.”

“Having looked at the two bills, we are convinced that they are dangerous bills. The bills are unconstitutional and flawed based on the content and the process involved,” Mr Mbadi said.

Makueni Senator Mutula Kilonzo Jnr said nowhere in the bicameral system has one bill been tabled and debated simultaneously in the two Houses of Parliament.

“We are not going to participate in an election where Jubilee is busy shifting the goals posts. We want to tell jubilee we will not allow this to happen,” Mr Kilonzo Jnr said.