The rate of companies attaining unicorn status in recent months has accelerated, backed by factors like increased funding. Despite the economic impact resulting from the coronavirus p******c, the number of unicorns has hit historical levels.

Between Q2 2016 and the second quarter of this year, the number of companies to attain a billion-dollar valuation grew by 871%. During the period, the least number of unicorns was recorded in Q4 2016 at 10.

The companies attained unicorn status amid the coronavirus p******c that also offered a perfect opportunity to increase in valuation. According to the research report:

“Most of the unicorns that emerged amid the p******c capitalized on the newfound urgency of online integrations. In general, the p******c has accelerated the adoption of online technologies. However, the companies had already recognized the need to shift online before the health c****s ushered in clients and investors.”

With the valuation, the companies are now focusing on sustainability to make profits. Furthermore, with the most promising startups recording an increase in venture capital funding, most companies should continue to attain unicorn status in the future. 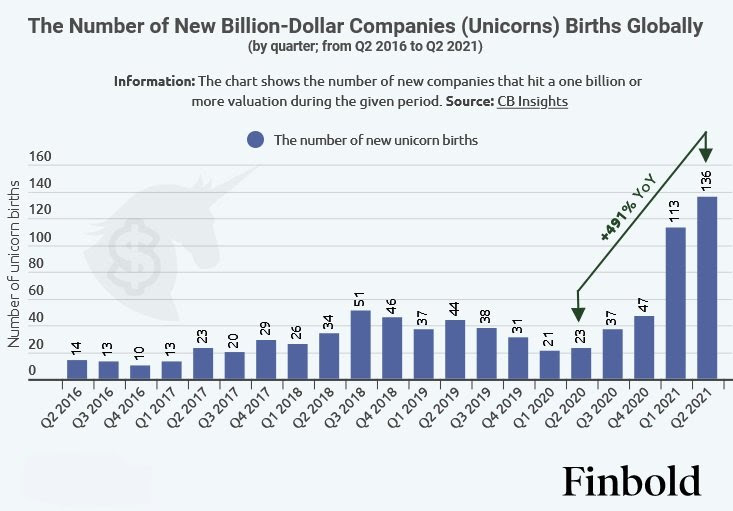 Opinion: The Cloud Must Prioritise The Edge