The team behind the Cytonn Diaspora business segment. Cytonn Investments has been ranked again among Top 100 companies in Kenya. [ Photo / Cytonn ]

Cytonn Investments has been ranked among the best employers and most respected companies in Kenya. This year’s ranking by BrighterMonday released this week places Cytonn in the Top 100 companies to work for in Kenya.

This is the second year in a row Cytonn Investments Management PLC is being feted in the annual ranking. The 2019 report places Cytonn number 27 ou of the 100 best employers, 28th in the most respected and admired companies category and comes 39th in the most desired companies segment.

It is also a significant feat for Cytonn, which was founded only five years ago.

Overall, Safaricom is the best company to work for, according to the BritghterMonday survey, which evaluated employee satisfaction and happiness levels.  Second is EABL, followed by the United Nations, Kenya Power, Kenya Revenue Authority, KenGen, Coca-Cola, Unilever Kenya and KCB, with PricewaterhouseCoopers (PwC) closing the top ten rank.

Some of the metrics used to create this list include how employees felt about working, company culture, opportunities for career growth, the level of diversity and inclusion as well as pay and benefits. Others include an open and effective management, a fair reward system for good performance and the prioritizing of health and wellness among employees.

Mr Daniel Mainye, the Senior Brand Manager at Cytonn said, hiring great people is always the most important task for any business. He said Cytonn seeks to develop its own talent from entry-level by partnering with universities.

“After all, a company is only as good as the people it keeps,” said Mr Mainye. “That is why we partner with universities to take in candidates for our competitive internship programme that leads to full-time offers for the successful few.”

He added: “If you are smart, hardworking and want to solve some of the most complex but exciting challenges in the fields of finance, investments, real estate, and technology, then Cytonn is the place to be.”

According to BrighterMonday Report, 3,448 responses were used in analysis with data from two surveys. The external survey targeted the general public, while the internal survey focused on employees working at various companies in Kenya.

The majority of the respondents were aged between 25-35 and 18-24, live in Nairobi and hold a Bachelor’s degree.

“This report not only features the nation’s most prestigious companies from various industries, as voted by Kenyans but also serves as a staple benchmark for all prospective employees to assess the key characteristics that make companies top of mind for current and future employees,” says the report.

Out of the 10 traits, Strong Relatable Company Values and Goals was the first, followed by Open and Effective Management, Flexible Hours, Transparent Performance Management and Health Programmes.

The annual report celebrates companies playing their role in creating exceptional working conditions. It is also meant to aid in decision making for jobseekers since employee satisfaction is directly proportional to an organization’s overall wellbeing.

In Kenya, employees are most satisfied when they can relate to a company’s vision, have full transparency with management and have flexibility in the execution of their tasks. Ensuring that staff are happy and satisfied not only increases a company’s productivity but its reputation as well. 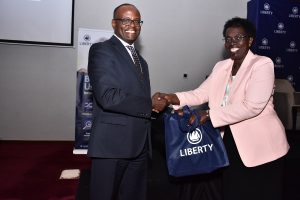