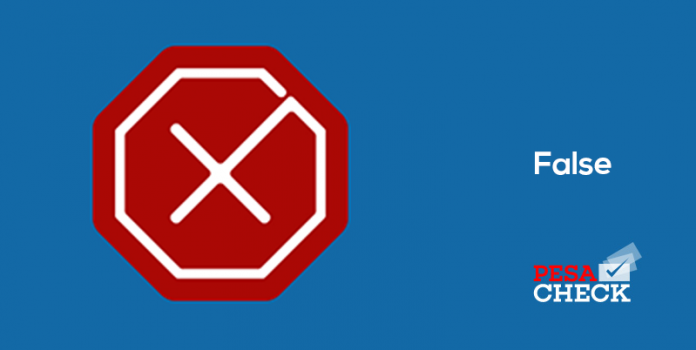 “Born in 1832 (5 years prior to the coronation of Queen Victoria), Jonathan the Tortoise is due to turn 190 years old in 2022. That makes him the oldest-known land animal alive today,” the Facebook caption states. 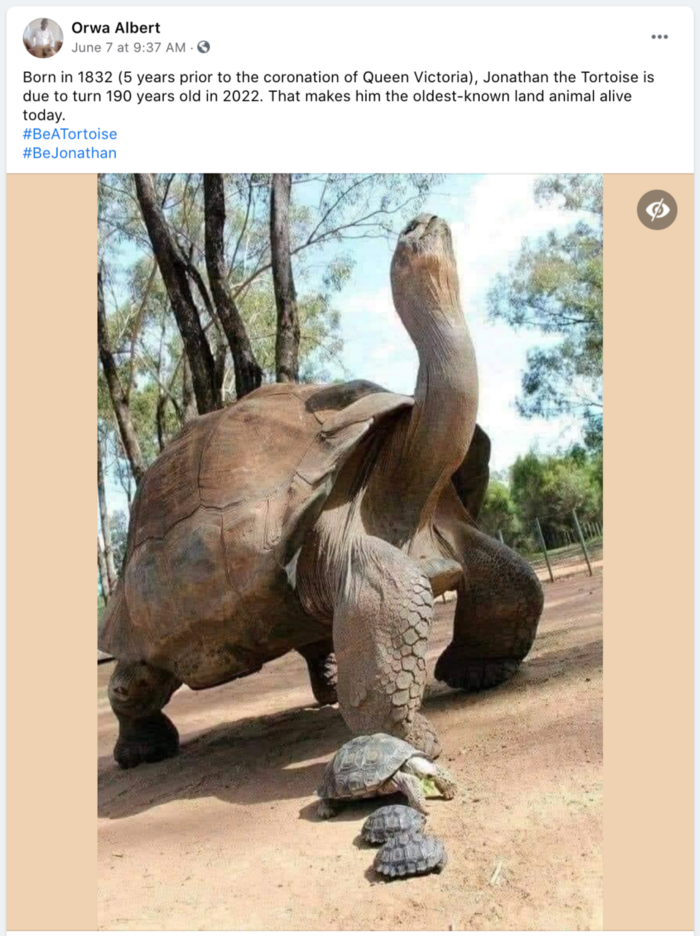 A reverse image search by PesaCheck found that the larger, older looking tortoise pictured alongside the three tiny ones is not Jonathan. The photo was taken at Taronga Western Plains Zoo in Australia. A post on the Zoo’s Instagram page on April 30, 2014, shows four Galapagos tortoises — two new hatchlings, a three-year-old hatchling (NJ), and an a***t male.

The Zoo also states on the same post that a Galapagos tortoise can live up to 150 years. 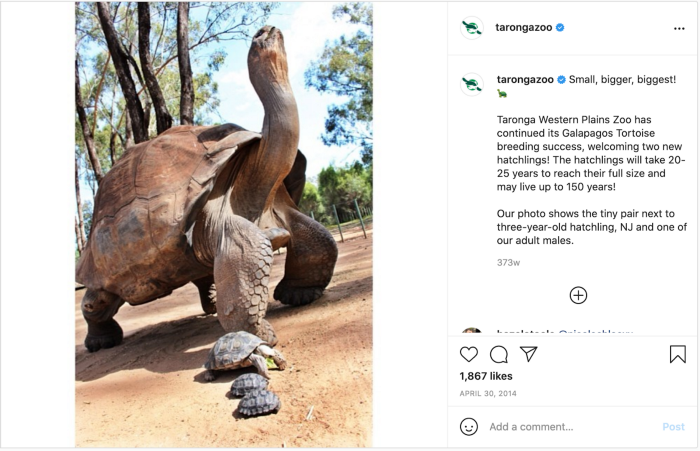 PesaCheck traced an image of Jonathan the tortoise to the Guinness World Records website. The website identifies Jonathan as the world’s oldest animal on land, aged 187 years in 2019. The claim correctly reported that Jonathan was born in 1832, and will indeed be 190 years old in 2022. 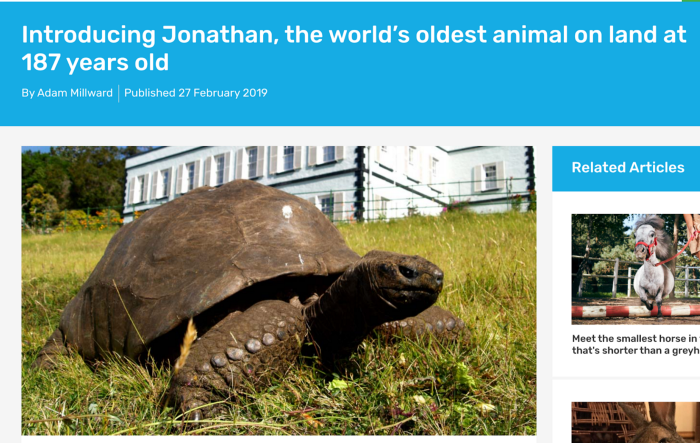 But unlike the tortoise in the image shared by the Taronga Western Plains Zoo, Jonathan has a shorter neck and feet because he is of a different species.

After being identified as an Aldabran tortoise from the Aldabra Atoll for a while, the Seychelles Nature Trust scrutinised his shell and concluded that Jonathan is part of a much-rarer Seychelles giant tortoise.

Jonathan originated from the Seychelles in the Indian Ocean but was moved to the remote island of St Helena in the South Atlantic Ocean in 1882. He was gifted to the then-governor of the Overseas British territory, William Grey-Wilson (in office 1890–97), and has lived at the governor’s residence ever since. Jonathan now shares the grounds with three other giant tortoises — David, Emma and Fred.

Jonathan has lived through major milestones including two world wars, the Russian Revolution, seven monarchs on the British throne and 39 US presidents as of 2019, and has surpassed the life-span of the oldest human who lived for 122 years 144 days.

Jonathan’s vet at St Helena, Joe Hollins, says the reptile is virtually blind as a result of cataracts in his eyes and has lost his sense of smell, but can hear perfectly, has an excellent appetite and good l****o.

PesaCheck has looked into a Facebook post claiming to show an image of Jonathan the tortoise, the oldest animal in the world, and finds it to be FALSE.

[ This fact-check was written by PesaCheck fact-checker Naomi Wanjiku ]