On 16th August 2021, social media influencer and controversial blogger Ronoh Cornelius shared a Standard newspaper cover with the photo of Deputy President William Ruto eating what looks like a banana. 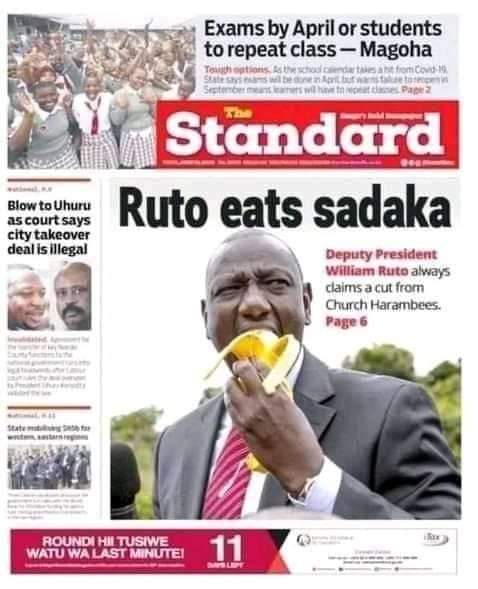 The post is re-tweeted by some of Ronoh’s followers. Business Today did a fact-check on the unusual headline for a professional calibre newspaper such as The Standard and found that this front page was a fabrication. 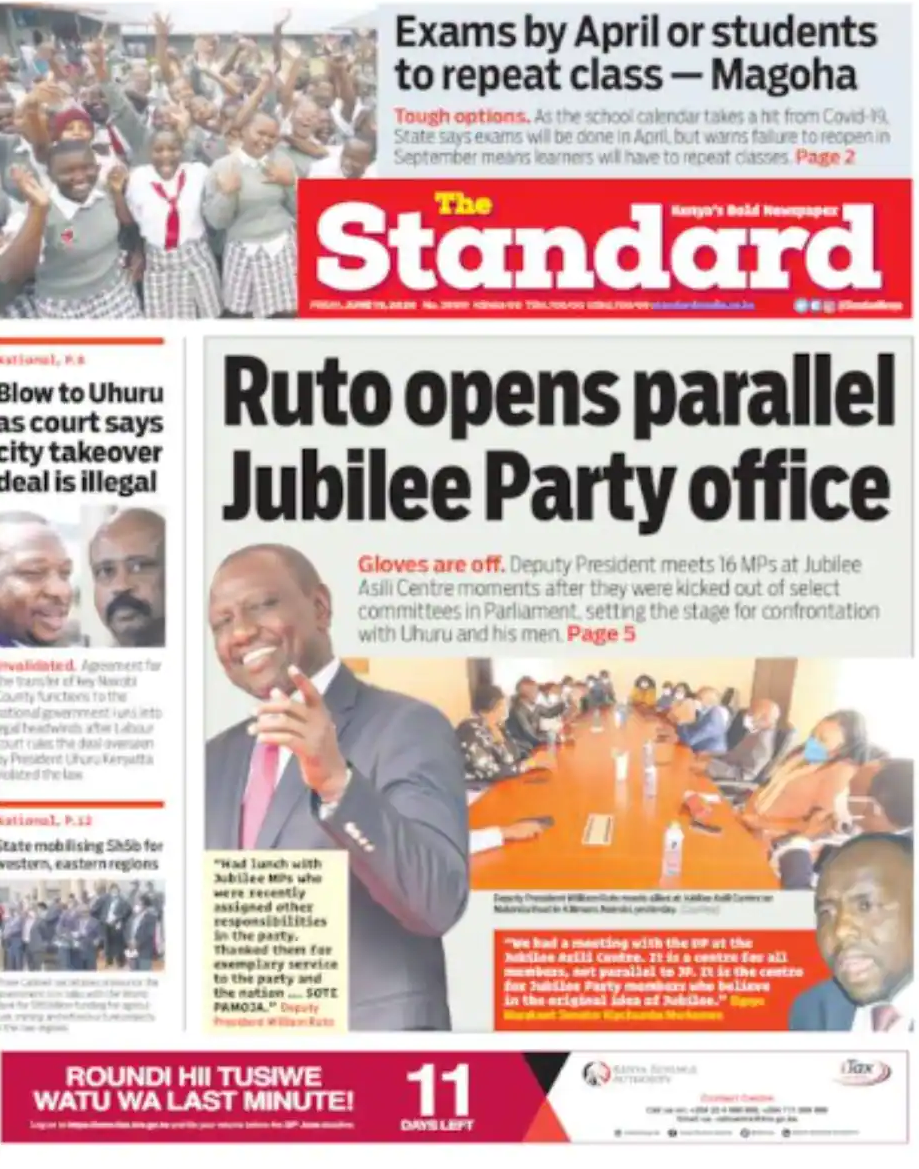 The genuine front page of The Standard on that day was not about Ruto and the alleged e**********t of offerings. On 16th August, Standard had a front page with the headline ‘Eyes on hardliners’. 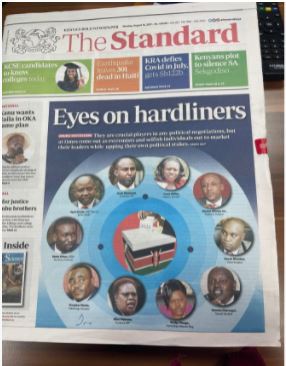 A review of Ronoh’s timeline shows consistent opposition to the Deputy President, including sensationalizing/dramatizing some of Ruto’s posts and amplifying negative situations about the DP. Ronoh openly supports Baringo Senator Gideon Moi, who has shown interest in the presidency belonging to the opposing side of DP Ruto.

Also See >> Did Machakos Governor Take His Life After Break Up With Wife?