Households using small scale-solar power in East Africa have been found to have better standards of living. According to a new study, these households generate more income, have better health, study more and have a higher quality of life than before living with clean, renewable energy technology.

This is based on findings from Powering Opportunity in East Africa: Proving Off-Grid Solar is a Power Tool for Change, a new report released by GOGLA, the global association for the off-grid solar energy industry.

The research, funded by UK aid from the UK government and conducted by Altai Consulting, is based on data collected from 1,419 small-scale solar home system owners in Kenya, Mozambique, Rwanda, Tanzania and Uganda who purchased their system in the second half of 2017.

With more than 30 million people now living with off-grid solar in East Africa, the research was conducted to further understand the benefits of living with this power tool of change.

As the world’s political leaders meet in New York to accelerate action on climate change and the world’s Sustainable Development Goals (SDG’s) including clean, affordable energy access, the report reveals that this clean technology is reducing reliance on fossil fuels and cutting CO2 emissions.

Some 28% of households report generating an additional income of $46 a month on average, the equivalent of 14% of the monthly gross national income of the households in the countries studied. Overall, the additional work undertaken thanks to off-grid solar is the equivalent of two FTE (full-time-equivalent) jobs for every 10 solar home systems sold, contributing to improved income prospects and a better quality of life for the informal workforce, especially in rural areas.

“Governments, businesses and investors across the region have played a critical role in ensuring that today more off-grid communities are now living with clean, affordable energy than any time in history. Predominantly used by low-income households, off-grid solar is genuinely proving a power tool for change and enabling people to build better lives and livelihoods,” said Patrick Tonui, GOGLA’s East Africa Representative.

Governments integrating off-grid solar into their energy plans, removing tax and other barriers to uptake are truly improving the lives of their citizens in more ways than one. In fact, off-grid solar is tackling 10 of the world’s 17 Sustainable Development Goals, with lasting impact on the economy, society, and environment.

The Head of UK’s Department for International Development in Kenya, Julius Court said this research solar energy is benefiting livelihoods in East Africa.  In Kenya, the UK government is involved in a number of sustainable energy initiatives that improve the lives of people across the country.

Solar-based systems, says the research, are mainly used by low-income households. The report shows that a significant 59% of households that purchased them declared they were living on less than $3.20 per day and 81% on less than $5.50 per day.

Of those surveyed, 94% feel their quality of life improved since they purchased the solar system, while 95% of customers say they would recommend their product to a friend or relative. In addition, 89% indicate they feel healthier as harmful kerosene lamps are no longer in use, and 86% report their school-going children have more time to study.

But, while most countries in East Africa have integrated off-grid solar in their electrification planning to ensure universal energy access, there are still many barriers to mainstreaming this technology in rural East Africa; making clean affordable energy access for all by 2030 unlikely.

“138 million East Africans still live without access to electricity,” said Tonui. “Our findings show that this means they are losing out on big benefits to their quality of life, wellbeing, health, education and income.”

Off-grid solar power is unlocking opportunity and mobility for millions, but four times as many people living without; which ultimately is keeping them locked into poverty and putting pressure on government. As political leaders look to accelerate the meeting of SDG’s by 2030, the evidence is now here that off-grid solar is a very powerful tool for change.

To mainstream off-grid solar power, GOGLA is recommending that Governments in East Africa follow the lead of Kenya, where uptake is high with at least 12 million people currently using off-grid solar solutions, and remove import duties and other taxes whilst enforcing quality standards to ensure customers have access to affordable, high quality products.

Globally, more than 250 million people have benefitted from off-grid solar, but just under 850 million remain locked into poverty without access to electricity. 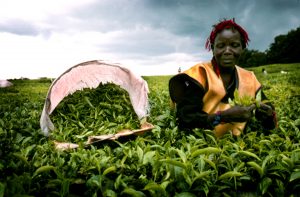