Global smartphones shipments are declining, a worrying trend for the industry.

According to International Data Corporation (IDC), smartphone shipments were down 6% during the third quarter of 2018 as against the same period last year.

This means that during Q3, a total of 355.2 million handsets were sold across the world, with the figure for the same period last year having stood at 377.8 million.

The decline also shows a downward trend with year on year numbers slumping for the fourth consecutive quarter.

At the same time, China which is the dominant smartphone market is also seeing a decline. However, Chinese brands are making headway in growing markets by peeling away at the gains made by Samsung.

Three out of the top five global smartphone sales are by Chinese brands.

IDC numbers reflect that Samsung, the market share leader in smartphone sales saw global shipments down by 13%. It sold 72.2 million units during Q3, propelled largely by the release of the Galaxy Note 9. The sales meant the global market share held by Samsung now stands at 20.3%.

Samsung could soon be feeling the heat from Huawei, who overtook Apple during the second quarter of 2018 and have managed to retain their spot as the second most popular smartphones in terms of sales even after the iTech firm released three new iPhones in September.

Huawei totalled 52 million handsets as against the 46.9 million managed by Apple. The iPhone however sold more units during Q3 as against the same period last year.

Apple raised eyebrows when they announced in November that the company will no longer be releasing results for iPhone sales. Analysts have forecast that the firm is preparing for leaner periods of smartphone sales.

In Kenya, the latest brand of iPhones sold over 600 units within the first nine days of November, distributors Redington Kenya Ltd said on November 9.

“The new iPhones retail from Ksh. 140,000 – 220,000. Pre-orders began on 26th October while sales began in retail and online channels on Friday, November 2, 2018 at 12.01am Local Time. So far we can confirm that we have sold over 600 units with the iPhone Xs Max being the popular one among the two because of the big screen,” said Mr. Sajan Thomas, Regional Business Head East Africa for Redington. 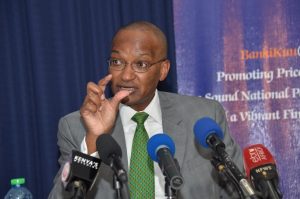