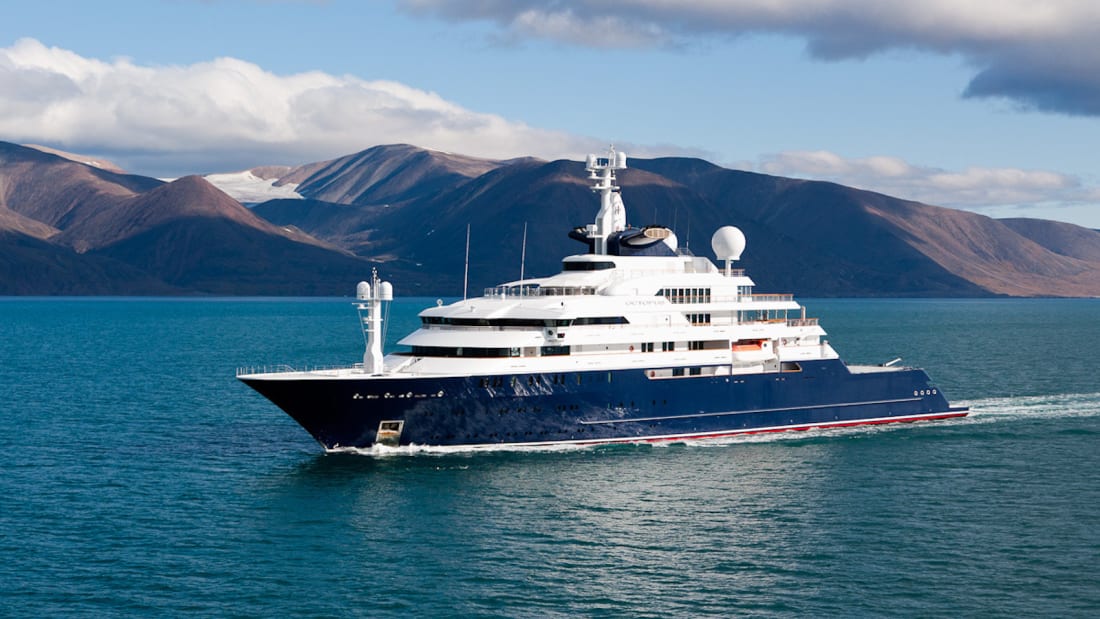 Microsoft co-founder Paul Allen's yacht which is being sold for Ksh34 billion. [Photo/CNN]

A yacht that belonged to Microsoft co-founder Paul Allen is up for sale. And if you have Ksh33.7 billion, you can acquire it.

The superyacht that is up for sale is one of three that belonged to Allen, who passed away in 2018.

At 414 feet (126 metres) in length, the luxury superyacht is named Octopus and becomes one of the latest of the Microsoft co-founder’s belongings to be put up for sale.

According to CNN the yacht, named Octopus, is one of the biggest private superyachts in the world and can hold 26 guests and 63 crew members.

Yacht broker companies which have put Octopus up for sale say the former Microsoft co-founder’s possession, which was built in 2013 and was refitted this year, contains a host of amenities such as a swimming pool and hot tub, a spa, a bar and a gym.

What Sh30 Billion Can Do for You in Kenya

Additionally, the superyacht also has a specially designed recording studio and cinema, a glass-bottomed underwater observation lounge, elevators and a basketball court.

At Ksh33.7 billion, the price of the yacht is approximately the value of some of Kenya’s billionaires. Manu Chandaria, for example, is stated to have been worth around Ksh31 billion in 2014.

With Ksh30 billion, one can also get approximately 6 billion packets of milk, and around a similar amount of loaves of bread.

For transportation, the price of Allens superyacht is synonymous with buying over 300 Toyota Land Cruiser VXs, or around 1 million trips on first class of the Standard Gauge Railway SGR) between Mombasa and Nairobi.

It is also the same figure, through international digital money transfer remittances, that allows thousands of Kenyan children who are in school to have access to books and educational supplies.

Ksh30 billion is also the estimate that SMEs are receiving from the wedding industry in Kenya, where around 28,000 couples tie the know every year. According to data from Samantha Bridal, half of the amount is usually what is used on the actual day of the wedding for service providers and other amenities.

The Man Who Influenced Personal Computers

The Ksh33.7 billion yacht is one of three superyachts that was owned by Allen, alongside other luxury yachts known as Tatoosh and Medusa.

Octopus joins a host of belongings by the techpreneur, including a mega jet which at the wingspan of the size of a football field, is the largest aeroplane in the world.

Allen, a Microsoft co-founder along with Bill Gates, and venture capitalist billionaire died on October 15, 2018 at the age of 65. His demise came after suffering complications due to a type of cancer called non-Hodgkin’s lymphoma, a disease which affects the lymphatic system thus hindering the transport of white blood cells to and from lymphatic bones. The condition had recurred after almost nine years since he had been treated for it.

Although he would fall out with Gates, his Microsoft co-founder, Allen went on to found a variety of entrepreneurial activities such as Vulcan Inc. which managed many of his ventures in media, music and sports.

Gates eulogised him by saying ” Personal computing would not have existed without him,” adding, ” “He deserved much more time, but his contributions to the world of technology will live on for generations to come.”

At the time of his death, Mr. Allen ranked as the 13th wealthiest person in technology in the world, the 21st in America and the 44th globally in 2018, according to Forbes.

Donald Trump is now the third United States president to be impeached after the Democratic-led House of Representatives voted largely along party lines to impeach him.