Orange Democratic Movement (ODM) leader Raila Odinga has demanded an apology from Nation Media Group (NMG) within 24 hours after publishing an article that suggested he has declared interest in 2022 presidential election.

Raila, who has been enjoying a good relationship with local media houses has accused NMG of liability in defamation and malicious publication of false information on the front-page article.

According to his lawyers Rachier and Apollo Advocates, both print and online publications from NMG ‘improperly imputes and suggest that our client is pretentious, opportunities, mischievous, of questionable integrity as a politician, and disregards real social, economic, and political issues affecting Kenyans.’

The Sunday Nation article ran with the headline: Race is On: Raila to Face Ruto in 2022 on print with accompanying caption: ODM leader breaks his silence on whether he will be on the ballot in the next poll. Asks supporters for party elections in all branches starting next year. Plus how other candidates are marshaling their political troops.

The article also published on Nation’s online platform under the headline: Raila Hints at 2022 Bid, Says Peace Pact was Change Strategy with the caption: Orange Democratic Movement leader Raila Odinga addresses participants during Turkana Tourism and Cultural Festivals at Ekalees Centre in Turkana County on August 16, 2019. He plans to vie for the presidency.

The article reported that Raila said, “You have seen me change tack. This is a strategy. There are several ways that can lead us to where our ambition is… We will eventually get to Canaan- the land of plenty where our youths will get jobs, schools, health facilities, water, electricity, and roads will not be a problem. That is where we seek to take the country.”

Raila has urged that the article purports to put him in a presidential race for which he has not declared any interest, and which does not currently exist.

“ Our Client did not say that he is joining any presidential race. Your article, therefore, deliberately mistranslates and twists our client’s clear statements and instead presents utter falsehoods, all to feed your own selfish ambition in increasing newspaper sales volumes for financial gains,” read part of the letter from the former prime minister which treated the matter as an urgency.

The AU envoy has further accused the Twin media house and its journalists of publishing articles false misstatements in a rush and recklessly without seeking clarification from him.

“Our Client does not believe that a reputable media house as you should preoccupy Kenyans to prematurely speculate details of an election expected three (3) years into the future such as names of contestants, odds of wins and losses, front runners or such other information,” notes Odinga’s lawyers.

“We demand that immediately upon receipt hereof, you admit liability in defamation and malicious publication of false information and immediately publish an unconditional retraction and apology on a front-page article of equal prominence in Daily Nation Newspaper and online platform.”

“In addition to retracting the said article, the apology article must specify that our client did not join any presidential race,” read the letter.

It is the first time that Raila is threatening media with a court suit having portrayed a friendly stature and a soft spot for journalists even when other personalities would have challenge the nature of how media houses treat them. 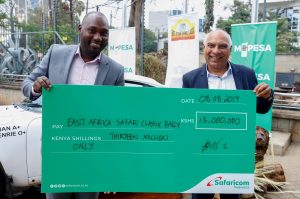