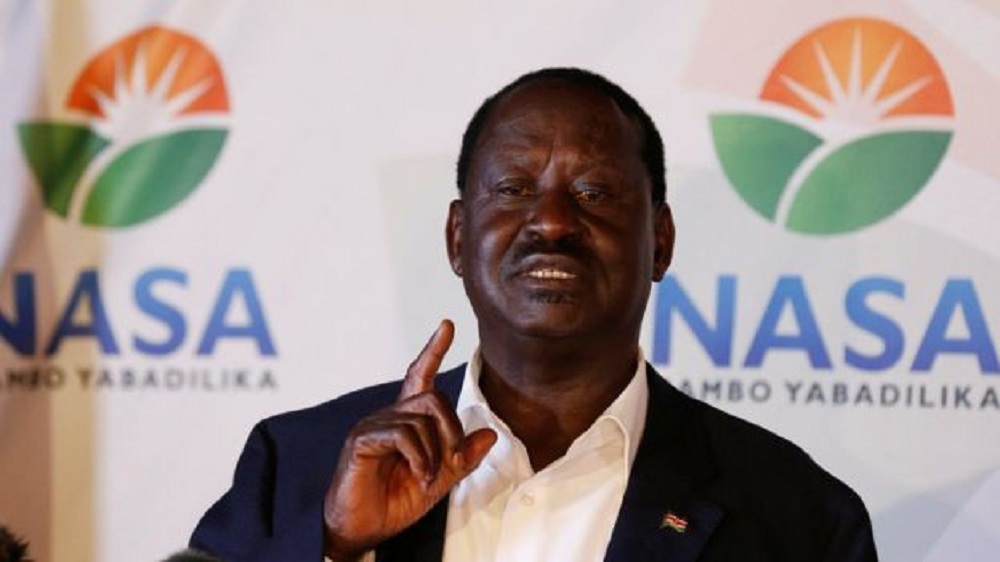 Citizen’s Francis Gachuri was roughed up and threatened with a beating while an NTV videographer was slapped.

Raila said: “I have apologised to Gachuri who was molested by some rowdy youth who were not invited to the meeting. I have spoken to (Royal Media Services) CEO) Wachira Waruru and apologised to him,” he said.

In a statement, Information CS Joe Mucheru said the government “takes great exception with the unwarranted a****k” as the journalists were doing the jobs.

“The Constitution guarantees the media freedom to exercise their right under article 34. It is therefore unacceptable that NASA supporters went out of their way to contravene this constitutional provision,” he noted.

“As Cabinet Secretary responsible for the media sector, I condemn this act and assure the media that the government will continue to ensure their right to perform their duties, in accordance with the law, is protected.”

Mucheru said the ICT and Interior ministries will investigate the i******t and ensure the perpetrators are punished.

The i******t has roundly been condemned on social media.