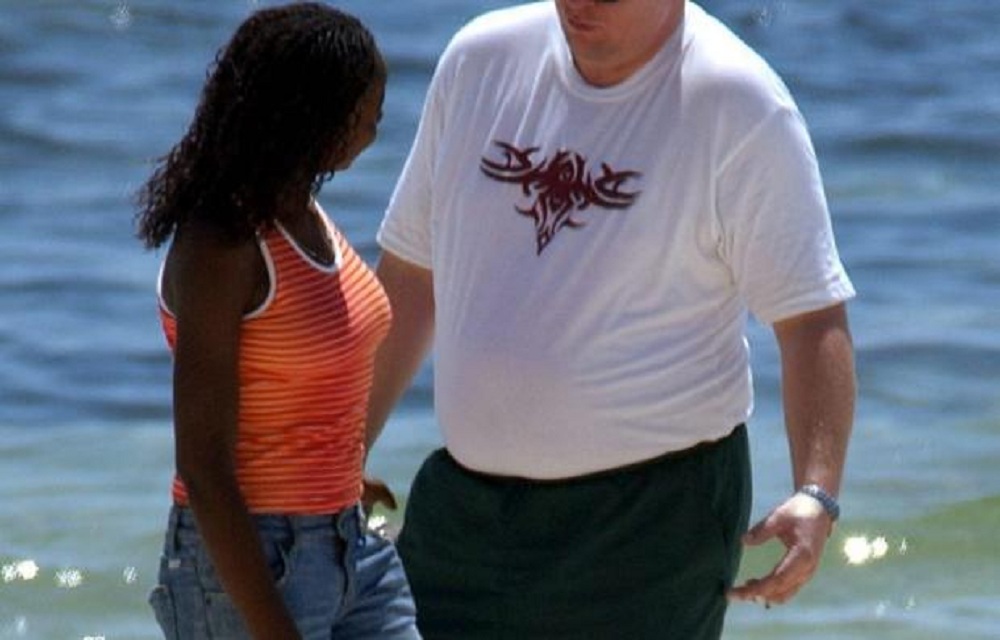 [dropcap]I[/dropcap]t’s a cloudy Sunday morning in Kenya’s Kwale county and Sande Ramadan just woke up to get ready for another weekend of work. Wearing a green vest and khaki shorts, he washes his face and proceeds to the living room where his wife Janet Wambui serves him breakfast.

“Thanks for waking me up, I h**e being late for my client,” the dreadlocked father of three tells his wife. “She asked me to be with her until next weekend,” he adds as he sips black tea.

Ramadan is a male s*x worker.

Wambui, his tall dark-skinned wife, works in the same industry. She came back home two nights ago after spending 10 days with a German tourist in an expensive cottage house, a few kilometres from Maweni village where the couple resides.

Ramadan and Wambui have been married for 20 years now.

But it wasn’t always like this. One day in 2006, Ramadan was hawking clothes to tourists along Diani Beach in Kwale town, 30km southwest of Mombasa, when a German tourist approached him. He wanted a lady to spend some time with until his holiday ended.

The 37-year-old, who speaks fluent German and teaches his wife the language, promised the man he would introduce him to his sister.

“My husband came home that evening and asked me if I can act as his sister and take up the offer. After a few days of deliberation, I agreed,” says Wambui, 38, sitting near Ramadan while tightening her black turban.

Wambui saw how life changed for other women who entered p**********n. She was a housewife who depended on Ramadan’s income, which was too little.

“Life was tough for us. My husband’s unpredictable income was not enough and when he asked me to accept, I had no choice,” she says.

The family can now afford three meals a day and the children’s school fees.

In Kenya’s coastal towns, such stories are not new, especially in poor neighbourhoods such as Maweni. Husbands agree to rent their wives to rich tourists, mostly from Europe, without them knowing the women are their spouses.

“Why would I make another woman rich while I have a wife at home?” Ramadan said. “This was an opportunity for us to make some cash to pay our bills.”

Kenya received more than one million tourists in 2016, according to the Kenya Tourism Board, a government corporation. This number translated into Ksh 10 billion (US$100 million) earned in taxes, making Kenya one of the top tourism destinations in Africa.

In 2017, TripAdvisor, the world’s largest travel website, ranked Diani Beach in Kwale, where Ramadan and Wambui live, the seventh-best beach in Africa.

But all these accolades do not translate into success in the villages where locals survive solely on tourism.

Ramadan Juma, 43, has been a beach operator for more than 20 years. It’s a sunny Saturday afternoon and Juma is at Diani reflecting on existence with his colleagues.

“Life is becoming difficult by the day,” he said, wearing his black sunglasses to fend off the glaring sunlight.

On a good day, he earns about Ksh 4,000 (US$40) by helping out tourists navigate the blue waters of Indian Ocean. But nowadays, he complains the situation has become desperate.

“We have been neglected. We depend on tourism as a source of living. Since most of us do not have a constant income, my colleagues go to the extreme and give away their wives to have a good living,” said Juma, who also chairs the Diani Beach Boys Association.

Kwale County’s chief tourism officer Anthony Mwamunga says the local government is training beach vendors and guides to gain skills to help them earn a decent living. He adds there’s not much that can be done about p**********n.

“These cases are from poor men and women who have nothing to do,” Mwamunga told Al Jazeera. “Tourists come here to have a good adventure and having a partner is part of it. This makes it hard for us to stop these cases.”

Back at the spectacular white-sand beaches on the Indian Ocean, Tobias Juma, 42, woke up one day to find his wife had packed up and left him.

In 2012, he was working for an Austrian man who asked Tobias to hook him up with a lady.

“That is how I connected my wife to the Austrian man. All I wanted is my family to have a better life. But they fell in love along the way and they agreed to move to Europe,” he said.

Before she left, Tobias’ wife was providing for him and their daughter.

“She was our family’s breadwinner. She would bring an average of $400 ( about Ksh 40,000) every month for my daughter and me after staying with the Austrian tourist. I have been struggling since she left,” he said.

Tobias hasn’t heard from his wife since, and now takes care of his daughter on his own.

Communities along the Kenyan coast have seen a dramatic increase in HIV cases annually.

“The danger is when such women engage with more than one s****l partner, the chances of getting s******y transmitted d******s and i********s are very high, especially when she doesn’t know the status of the other person,” Mwende said.

Despite these dangers, Ramadan and Wambui are not about to give up on the s*x trade. The rent for their house is about Ksh 800 (US$80) a month, and they have three children to feed and educate.

“I am doing this to have a better life. It sounds immoral, but my husband is aware and supports it. So why not?” Wambui said as she bid Ramadan goodbye.