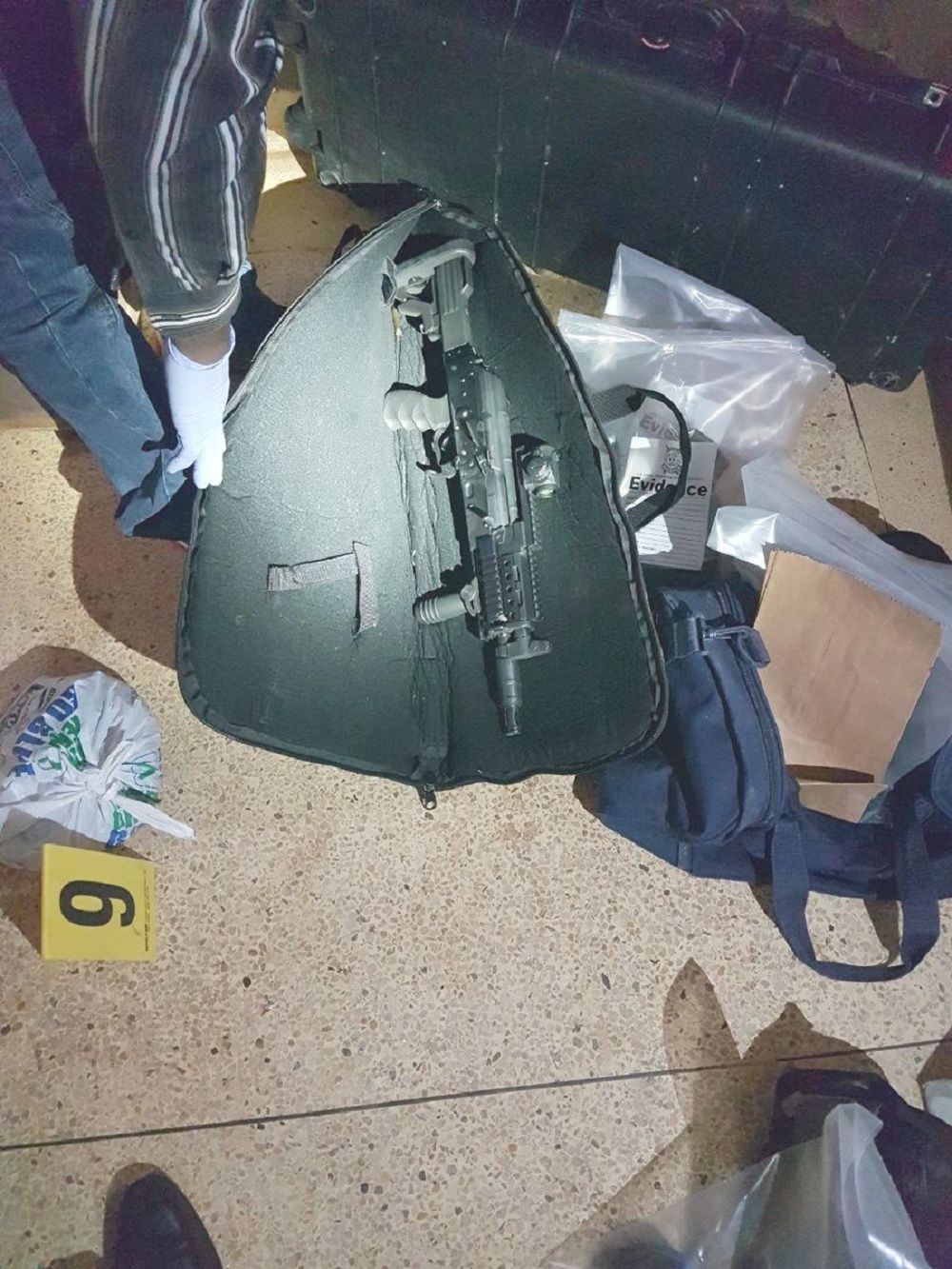 Police have found six p*****s and one s*****n at Jimmy Wanjigi’s Muthaiga home but his family says they are licensed.

The Tuesday, October 17 find comes after Monday’s overnight s***e of the property on Muthaiga 44 Road that was followed by an operation on Tuesday during which police used sledgehammers and metal cutters to break into the ritzy house.

The r**d on the well-appointed Muthaiga address happened after police raided another house in Malindi and recovered five g**s and 93 b*****s. They also searched another house in Nyali, Mombasa. They linked both houses to Mr Wanjigi.

He has since denied that the Malindi villa belongs to him. Detectives from the Special C****s Prevention Unit and Flying Squad arrived at Wanjigi’s gate at about midday. The fortified compound is opposite the official residence of the American ambassador to Kenya.

The officers showed guards on duty a warrant and said they had come to conduct a search. Tuesday Wanjigi moved to court seeking to stop his a****t and a court stopped his a****t until September 19, granted him a Sh50,000 anticipatory bail and warned police against the destruction of the businessman’s property.

Government Spokesman Eric Kiraithe said the r**d on Wanjigi’s homes was in the interest of national security.  Pictures and video footage in our possession show officers arriving a***d with r****s, metal cutters and sledgehammers.

The officers are seen struggling to smash the oak doors but not the glass, suggesting that it could be the reinforced Kevlar type.

Later they are seen inside a sitting room asking “Mzee wapi mwenye nyumba? Tunajua nyinyi ni wazazi” (Where is the owner of the house? We know you are parents.), suggesting the presence of other parties not captured on camera.

On Monday, Jimmy’s father, Moi-era Cabinet Minister Maina Wanjigi drove to the son’s residence. The only civilian seen in the video is a young man on a couch. Later, a female voice is heard telling an officer “I will take you where you want to go. Where do you want to go?” Another officer in a white shirt, p****l in hand, stands calmly as another one is busy tearing down doors.