Nation Media Group management has made changes in its editorial department that have firmly put the newspapers’ leadership in the hands of younger journalists, but criticised for being gender-biased. Critics have pointed out that all eight promotions feature only a single female editor.

The latest appointments by Mutuma Mathiu, the Group Editorial Director, are also seen as a strategy to counter the growing wave of talent exits from Nation Centre by rewarding, and in the process handcuffing, top performers with senior positions and better pay.

The Nation Media Group management has over the past 10 or so years watched helplessly the massive haemorrhage of top talent out for greener pastures or disgruntled by low pay or slow career progression. Some of the changes, announced on 30th August and which take effect on 1st September 2019, seek to smooth working relationships on some sections which had been affected by recent changes.

The changes aim “to strengthen products, accelerate digital transformation and fill existing vacancies,” said Mutuma, who was appointed to the position in January this year.

The management hopes these changes will appease these relatively younger editors and firm their loyalty by giving them a strong say in the affairs of NMG, which has lately become an easy target for poaching by rivals, government agencies, corporates and public relations companies.

Media analysts, though, see the appointments fueling internal feuds, as those who feel deserving but left out are likely to protest in silent, making them candidates for a quick exit at the slightest chancing of an opportunity.

In the changes, Churchill Otieno, who has been Managing Editor Online has been given the additional docket of New Content.

Bernard Mwinzi has been elevated to Managing Editor, Weekend Editions and in charge of the Health Desk. Mwinzi, who was head of production for Nation newspapers, had been picked by Standard Group to head its daily editions. His appointment has effectively earned him the much-needed lifeline to stay at the twin tower, sending Standard Editor-in-Chief Ochieng Rapuro back to the drawing board.

Mwinzi, who was acting Executive Editor and Managing Editor Daily Nation, turns out to be the biggest winner in the new changes – in large part helped by the Standard job offer three weeks that raised his value and gave him more muscle to flex.

Washington Gikunju, who has been an assistant editor for Business Daily, now becomes Managing Editor of weekly The East African newspaper and Head of Africa and International Desks. Gikunju has also been on the hit list of Standard Group.

The editorial changes at NMG have sent Standard Group back to the drawing board.

The shift to The East African where he replaces Rapuro, his former boss at Business Daily who moved to Standard mid-June, sort of derails Gikunju from the core local business and economics journalism that has been his fodder.

Meanwhile, Michael Omondi has been hoisted to the position of Assistant Editor, Business Daily, stepping into Gikunju’s shoes to deputise Ng’ang’a Mbugua. Previously, he was section head for economy and politics, which will now be managed by George Omondi.

Also Read: Local manufacturer shakes the market with milk made from cereals

Jackson Mutinda, also recently interviewed by the Standard, has been moved from The East African newspaper and made Assistant Editor for the Saturday Nation, to work under his former Standard colleague Wayua Muli.

John Kiplagat is now Assistant Editor, Daily Nation, and Head of Production, while long-serving The East African sub-editor Sarah Bakata and later associate editor, has found another elevation to the position of Assistant Editor for the weekly. 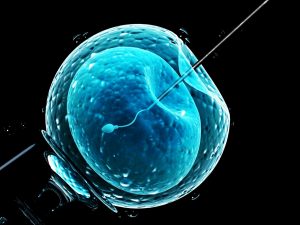 Insurance Steps in to Cushion Infertile Couples From High Cost of Treatment
While the WHO recognises infertility as a disease, NHIF does…