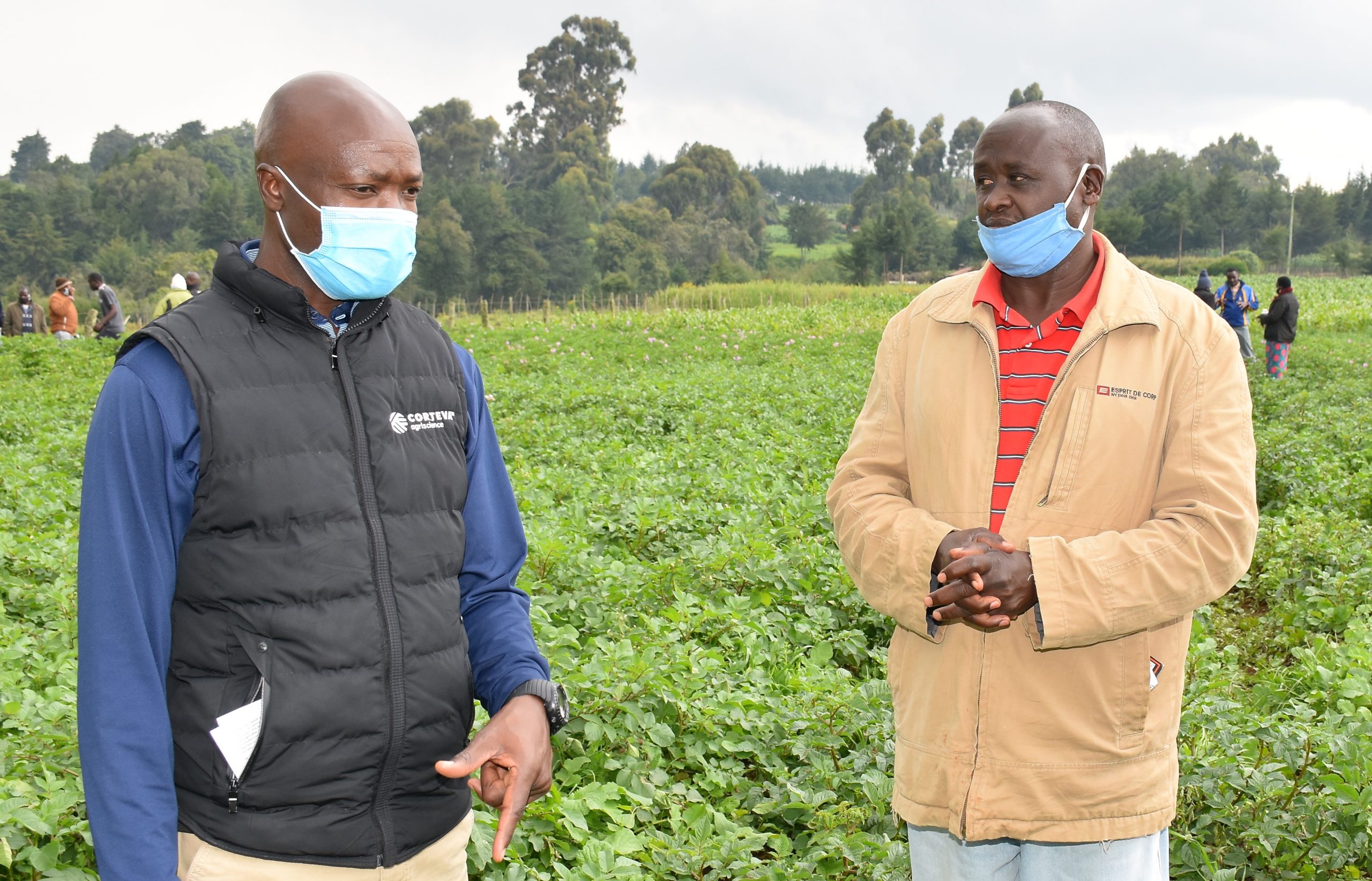 Smallholder potato farmers in Kenya stand to increase their yields significantly following the announcement of a collaboration between Corteva Agriscience and the National Potato Council of Kenya.

The partnership will introduce improved technologies and show farmers how to improve potato yields through the use of quality seed, resilient and improved varieties, pest and d*****e management, post-harvest management and record keeping.

Over 400 farmers have been trained on recommended practices such as soil testing services, apical cuttings technology, seeds selection and use of quality varieties/certified seeds, crop nutrition, crop protection and spray service provision.

The potato value chain in Kenya has remained underdeveloped for years, even though the crop is a key staple food, second only to maize. As a result, the country has been forced to import large quantities of potatoes, especially from neighboring countries like Tanzania.

The sector contributes almost USD 30 million (Ksh3.25 billion) annually to the Kenyan economy and employs approximately 3.3 million people, of which around 800,000 are smallholder farmers. Kenyan potato farmers have an average output of 7 tons per hectare compared to 50 tons per hectare in other countries.

By adopting use of improved inputs and techniques, participating farmers will be able to achieve significant productivity gains and increase their potato yields from 7 tons to 20 tons.

“The products and information we share helps farmers manage potato pests and d******s, incorporate the latest advances in sustainability and technology into their daily operations,” said Mr Karanja.

‘’ The technology we are bringing on board, which incorporates best agronomic practices, modern technology to provide scientific control of fungal d******s and safe use of chemicals is meant to increase the potato yields per hectare in the small holdings significantly,’’ said Karanja.

Mr Wachira Kagoungo from the Potato Council of Kenya said that the challenges facing Potato farming in Kenya could only be tackled through a Public Private Partnership (PPP) approach bringing stakeholders in the industry and value chain together.

He noted that farmers continued to produce low yields and of poor quality due to a combination of factors which include poor quality seeds, poor use of technology, and lack of expertise in d*****e and pest control

“Our objective at the council is to assist farmers to produce high yields per hectare, free of d******s and pests. Our role will be to mobilize potato farmers and other stakeholders in the potato value chain to benefit from this technology and other measures aimed at increasing smallholders’ incomes,’’ said Mr. Kagoungo

According to the Potato Council of Kenya, pests and d******s contribute to an estimated 80% reduction in production which threatens improved seed availability and food security.