Shelter Afrique and Nation Media Group are the only two Kenyan companies to make the list. Photo/ Business Today

The media house (Nation Media Group) and the Pan- African housing development financier (Shelter Afrique) were the only two companies from Kenya who made the list. Africa is seldom represented on the list as there are only seven companies from Africa.

It is a privilege for the Kenyan companies to be ranked among the top companies in the world including Apple, Nike, Carrefour, GlaxoSmithKline, Royal Dutch Shell, Samsung, Hitachi, Walmart, Zenith Bank, Novartis, Industrial and Commercial Bank of China, among others.

Shelter Afrique Chief Executive Officer Andrew Chimphondah acknowledged the recognition from World Finance saying that it is an indication that the company is growing.

“Shelter Afrique is happy to have been nominated for advocating for and advancing the affordable housing agenda in Africa. We are also happy to be in the company of some great institutions. Our three strategic goals are to promote financial sustainability, enhance shareholder value and improve organisational performance,” Chimphondah said.

Shelter Afrique aims to approve funding worth US$1bn over the next five years for project financing, institutional lending, and social housing, with an overarching ambition to provide decent and affordable housing in member states.

Nation Media Group, on the other hand, has just been recently hit with retrenchment fever that has been spreading among media houses in the country. Top-ranked Editors and reporters had to be laid off as the company looked to cut down its operating costs.

Perhaps the retrenchment was inevitable as the company looks to maintain its stature and perhaps make it to another top 100 World Finance list. However, the main reason media houses have been laying off staff is because of the hard economic terms.

Nation Media and Shelter Afrique have managed to be on the list despite the harsh economic climate experienced in Kenya in 2019. The other African countries represented on the list include Nigeria, South Africa, and Burundi.

In releasing the 2019 list, World Finance noted that 2019 was a stagnating year in terms of global economic growth.

“It’s difficult to know what to make of 2019 in terms of the global economy. There weren’t many disasters, but there wasn’t much to write home about either,” the publication said. 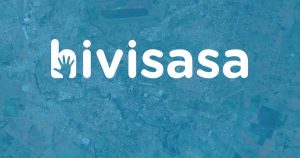 Digital Media House Closes Down, Leaving Hundreds Jobless
Those working at the head office were given a one-month…