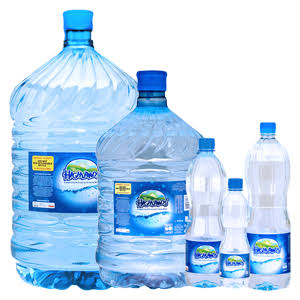 This is after the Tax Appeals Tribunal dismissed with costs, the Water Company’s Appeal against KRA. The amount demanded includes interests and penalties.

The dispute emanated after KRA’s decision to disallow the Water Company’s Input VAT claimed on self-assessment VAT returns submitted late, on account of being time barred contrary to Section 17 of the VAT Act due to late filing of the VAT returns inclusive of penalties and interest.

The Water Company in its appeal had faulted KRA’s position that input tax is only deductible when VAT returns are filed in accordance with Section 17 of the VAT Act.

The law further states that the input tax shall be allowable for a deduction within six months after the end of the tax period in which the supply or importation occurred.

KRA’s position was that Section 44 (1) of the VAT Act requires every registered person to submit a return in the prescribed form and manner in respect of each tax period not later than the twentieth day after the end of that period.

The water company had filed its input tax claim late and hence was disallowed by KRA.

The Tribunal agreed with Kara’s argument that it is not in dispute that the only avenue for reclaiming deduction of input is through filing of a VAT return.

Section 44 of the VAT Act requires that the VAT return in respect of each tax period should be filed by a registered taxpayer not later than the twentieth day after the end of that period.

This is unless a taxpayer has sought and obtained approval by the commissioner for extension of time under Section 44 (2) (repealed by Finance Act, 2018).

It would follow that where a taxpayer has filed its VAT returns late, and then input VAT will only be allowed for deductibility to the extent that it is within six months at the time of filing the return.

The six -month period limit would only cease to apply where the taxpayer had sought and obtained the commissioner’s approval to submit a late return.

The wording of Section 17(2), in the tribunal’s view, is clear and unambiguous and cannot be interpreted to have any other meaning.

The tribunal, therefore, disagreed with the appellant’s contention that s six months cut-off period should apply to period VAT return relates to irrespective of the date of submission of the return.”

The water company has since appealed the Tax Appeals decision to the High Court of Kenya and was on 29th April 2020 granted reprieve to give bank guarantee of ten million shillings to KRA pending hearing and determination of the appeal at the High Court.