The malaria vaccine is administered to a five-month old child at Mkaka in Malawi. [Credit: PHAT]

The pilot test for malaria vaccine recommended by World Health Organisation (WHO) in the country has been postponed.

The large-scale experimental trial that was expected to reduce the burden of the killer malaria disease was suspended by the Ministry of Health (MoH).

The case study that was selected for three Sub-Saharan Countries: Kenya, Malawi and Ghana was aimed at vaccinating 360,000 children per year. However, Kenya is yet to start the trials while Malawi and Ghana rolled out the test in April, 2019.

“I regret to inform you that the stakeholders breakfast meeting planned for this Tuesday, August 13, and the launch planned for Thursday, August 15, have been postponed to a later date to be communicated to you shortly. This is due to the upcoming Health Summit scheduled on August 14 and 15,” head of the National Vaccines and Immunisation Programme, Dr Collins Tabu, said.

The vaccine is the first to show promise in reducing mortality and morbidity of malaria and will complement existing interventions.

Children to be immunised are supposed to receive four dosage of the vaccine.

Mosquirix vaccine triggers the immune system to defend itself against the early stages of malaria disease shortly after the plasmodium parasite enters the blood stream through a mosquito bite.

The Sub-Saharan Africa region accounts for approximately 90 percent of global malaria deaths. Children under the age of five years and pregnant women are most vulnerable of developing life threatening complications from malaria disease.

According to WHO, 266,000 deaths in children in Africa is as a result of malaria disease. In every two minutes, an infant losses its life to the killer disease.

Malaria eradication remains at the top of Kenya’s goal to achieve universal healthcare which is part of the big four pillar agenda in President Uhuru Kenyatta’s itinerary during his second term.

President Kenyatta said that Kenya is stepping efforts to reduce malaria prevalence to lower levels through the introduction of additional tools to boost the fight against the disease.

“This vaccine, targeting young children will be deployed in a pilot implementation project in the malaria endemic areas of our country,” said the President.

However, funding has been identified as the biggest threat in eradicating malaria disease in the country as interventions have been relied on donor funding.

A previous WHO report showed that the Global Fund was the biggest funder on anti-malaria campaigns ,contributing Sh6 billion in 2017, followed by USAID (Sh3.5 billion) and the UK (Sh240 million). Contrastingly, the government of Kenya only allocated Sh100 million towards the campaign. 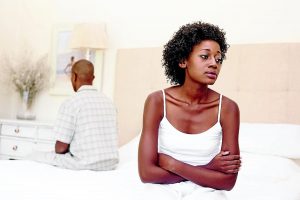