The Kenyan Premier League (KPL) is only a month away and all teams are winding up preparations for the new season. The top tier league has been labelled in the past as a league with no competition.

18 time KPL champions Gor Mahia have dominated the league for the previous 3 seasons winning with huge margins. In the three previous seasons that K’Ogalo has won the KPL, they have been crowned champions before they even finished playing all their matches.

AFC Leopards has for very long time been seen as Gor’s competition but it goes without saying that these two clubs are on different levels. They both have rich history which gives them a huge following hence making their clash (the mashemeji derby) the most attended to match in the KPL. However, over the last decade K’Ogalo has dominated Ingwe in all aspects and what AFC have left is just its history.

During the preparations of previous KPL campaigns, Ingwe has promised its fans that they will challenge K’Ogalo for the title but end up struggling at mid table. During the recently held AFC elections, the newly elected chairman Dan Shikanda promised fans that he will strip K’Ogalo of the title this coming season. They have signed six players but have released eight with the hope of forming a team that will finally challenge Gor for the trophy.

While Ingwe has been trying to match up to its standards and Gor’s as well, other clubs have come up and have shown potential of challenging K’Ogalo in the future. Slum teams like Mathare United and Kariobangi Sharks are fast rising with their football quality improving by the day. The slum derby between Sharks and Mathare has been said to be slowly rising as it is more competitive than the Mashemeji derby.

Bandari FC is also another fast rising club and was a title contender for a period of time last season. The Mombasa based club had an amazing run in the league last season finishing second behind Gor Mahia. Despite losing their shotstopper Farouk Shikhalo to Tanzania’s Simba SC, Bandari will be hoping that they go all the way this time round. Having being the first runners-up last season, Bandari are truly title contenders in the 2019/20 KPL season.

Among fast rising teams is newly promoted side Wazito FC. Having won the National Super League (NSL), Wazito are now setting sights on winning the KPL. The club’s transformation began when it was acquired by Ricardo Badoer, a Swedish investor. Their run in the NSL last season was tremendous as they managed to finish top despite stiff competition from Nairobi Stima and Kisumu All Stars.

Wazito are doing everything to win the KPL this season. They have already signed 7 players as they look to bolster their squad to match up to KPL’s level. During their NSL Victory’s celebratory party, Wazito Captain Dennis Gicheru declared that they respect other KPL sides but they fear no one.

The new Kenya Premier League season kicks off on Friday 30th August, 2019. Teams are getting on with their preparations and hope that this time round they will display a nice performance for its respective fans. 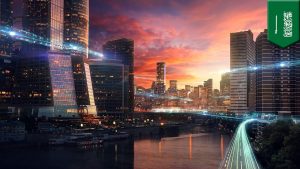