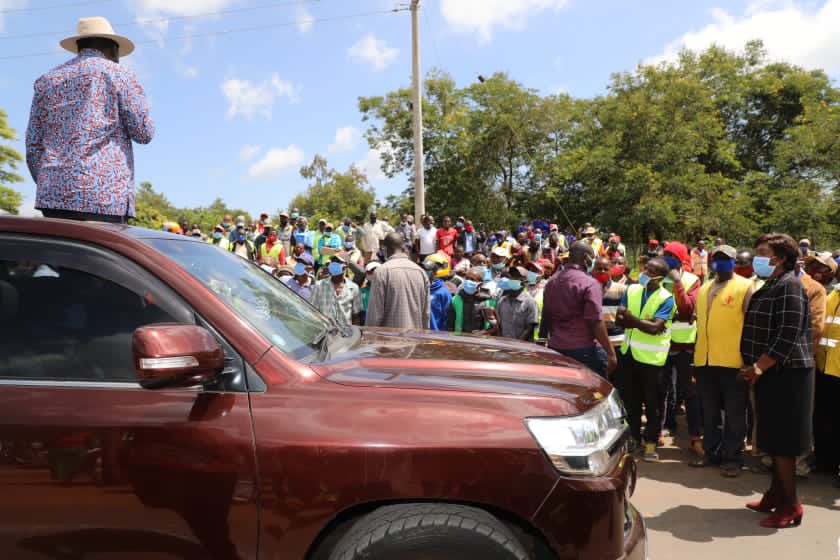 First announced in 2019, the project had been beset by various challenges including disputes over land ownership.

However, it is now set to take off after being rolled out by Governor Charity Ngilu. Among those present at the launch event were Orange Democratic Movement (ODM) leader Raila Odinga and Housing and Urban Development Principal Secretary Charles Hinga.

The 2,000 units to be constructed for the project include bedsitters, one, two and three bedroom apartments as well as three and four bedroom maisonettes.

The development will incorporate several other amenities including schools, a shopping mall, basketball courts and play areas for children.

The project is being undertaken as a joint venture between the county and private developers Musyi Development and Technofin Limited.

Ngilu noted that there were about 35,000 public servants working in Kitui County, many of whom desired to own their homes.

The development is situated at Manyenyoni on the outskirts of Kitui town.

“This affordable housing milestone is an indicator of what counties can achieve through county led investment while applying all the factors of production,” Ngilu asserted.

The county estimates that the project will create at least 11,000 jobs over the two-year construction period.

The project will also prioritize use of locally available materials in Kitui such as ballast and sand.

With affordable housing being one of the pillars of President Uhuru Kenyatta’s Big 4 agenda, counties have been following suit.

The project  is being developed by Laptrust under the county pension fund, in collaboration with the County Government of Kisumu.