A high capacity bus. While Kenya does not fall under the LDCs category, it has failed to create an environment for such sectors to be run efficiently. [Photo/ BabyShayBs]

The United Nations says there are 47 countries currently designated as the Least Developed Countries (LDCs) in the world.

In East Africa Burundi, Ethiopia, Rwanda, Uganda, Tanzania fall under this category by the United Nations Conference on Trade and Development (UNCTAD).

UNCTAD reviews the list of LDCs every three years led by a Committee of independent experts that reports to the United Nations Economic and Social Council (ECOSOC).

Qualifying to be an LDC

The committee reporting to ECOSOC uses per-capita income, human assets, and economic vulnerability criteria to compile this list of the poorest countries.

From the findings, the committee may recommend countries for addition to or exclusion from the LDCs’ list.

A country qualifies to be added if it meets the addition thresholds on all three criteria and does not have a population greater than 75 million.

Interestingly, the LDC status applies only if the relevant country accepts this status.

A country will typically qualify for graduation from LDC status if it has met graduation thresholds under at least two of the three criteria in at least two consecutive triennial reviews of the list.

This will remain unchanged until 2020, as the next review by the Committee for Development Policy is scheduled for 2021.

Kenya is not an LDC?

While Kenya does not fall under this category, the economic downturn is being felt throughout.

This has led to the closure of businesses with many companies firing staff to survive the tough economic times.

Since 2016, more than 10 companies have downsized while many small traders have closed shop.

Away from the government’s failure to create an environment where Kenyans can create their own jobs, the internet has become the solace for those who cannot get employment.

The country’s gig economy employs 14.9 million workers which accounts for 83.6% of the working population.

For decades, Kenya’s economy has remained largely informal but the gig economy is traversing and filling the gaps.

Due to the failed policies in consecutive governments, Kenyans have been forced to find a way around the problems the government has created.

Symptoms of a failed state

From privatising education to healthcare, these are just symptoms of a failed state which the governments have failed to acknowledge.

The best case scenario of the failed policies is public transport where matatus are a law unto themselves.

While the current government has promised to make the sector user friendly, the BRT system has remained an idea for years now.

In January this year, the government said that high-capacity buses to help with decongesting Nairobi would come from South Africa.

The government, through its Transport CS said there were no manufacturers who could produce the buses locally.

This move was vehemently opposed by the Kenya Association of Manufacturers since the government had, once again, turned against its own.

If South African manufacturers can produce the buses for Kenya, does it mean that Kenya is still in the dregs when it comes to manufacturing?

Isn’t the manufacturing sector the one that sets a country on a path to being a developed country? 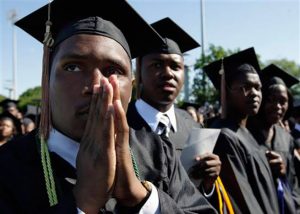 Qualities of Men Who Make the Best Sperm Donors
Sperm donors are paid between Ksh10,000 and Ksh14,000, while the…