A file photo of a Bungalow. The Kenya Bankers Association House Pricing Index shows house prices have decelerated for the fifth consecutive .

The real estate sector finds itself in a spin as realtors remain stuck with houses that Kenyans are unable to buy despite the glut in the industry piling downward pressure on prices.

According to the Kenya Bankers Association House Pricing Index (KBA-HPI), house prices continued to decline in the first quarter of 2020 completing the deceleration path for the fifth consecutive quarter.

KBA-HPI shows house prices decelerated by 0.54 percent in the period under review, marginally reversing the decline by 0.07 percent from the 0.61 percent negative growth rate reported in the fourth quarter of 2019.

‘’While the market remained largely depressed, the marginal easing was supported by the supply-demand interaction with a leaning towards more demand in a relative context,’’ the KBA-HPI indicates, adding that demand shifts in the quarter were based on concluded sales, which rose by 13.95 percent.

Affordability remains the sector’s achilles heel with sales numbers showing that bungalows accounted for a 33 percent increase while the demand for bungalows and maisonettes went down by 95.9 percent and 57.1 percent respectively during the quarter which represents the inability of Kenyans to afford the houses they would have otherwise preferred.

‘’The decelerating price trend is evidence of a property market with a distinct lack of momentum and characterized by a sign of normalization of house prices as the market comes into balance after a prolonged period of sustained price growth,’’ noted KBA Research and Policy Director Mr. Jared Osoro.

While the presence of a back-up generator and other amenities attracted higher prices, homebuyers preferred low-density buildings.

Unlike previous quarters where apartments dominated house demand, townhouses were the most preferred in quarter one of 2020 at 45 percent followed by apartments ( 33 percent) and maisonettes (12 percent).

See Also>>> Pressure Mounts on Government to Reopen The Economy 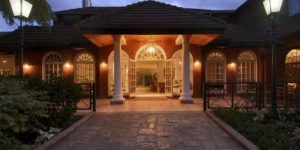 Fairmont Shuts Down Norfolk, Sacks All Employees
Fairmont joins other hotels such as Hemingways & Tribe that…