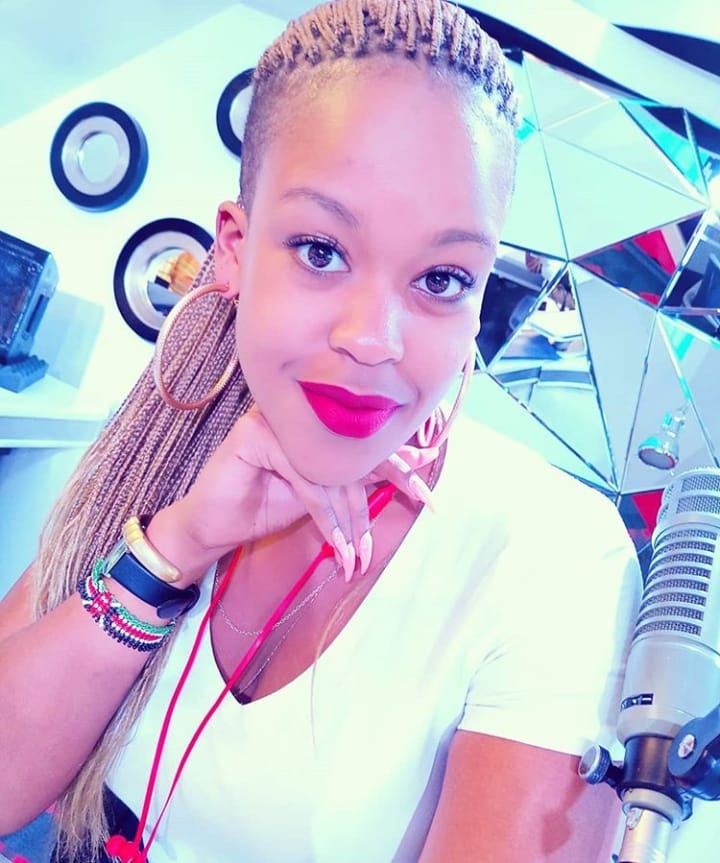 Former NRG breakfast show host Kamene Goro. She has turned to entertainment gigs with an injunction hanging over her head.

Unable to join Kiss FM due to an injunction filed by her former employer, former NRG Radio breakfast show host Kamene Goro has turned to mceeing and other entertainment gigs to eke a living.

Kamene and her co-host Andrew Kibe were sued by their former employer over alleged violation of a non-compete clause after the two quit to join rival station Kiss FM.

Her social media activity shows that the media personality has been busy looking at other options for the time being before the case is heard and determined.

The presenter who is a trained lawyer has also hosted some events at nightclubs with Kibe. The latter has also been regular in media interviews attributable to a bid to ensure that his brand stays alive.

Kamene and Kibe were slated to debut on Kiss on July 1 after resigning on June 14 and June 13 respectively but NRG obtained an injunction from the Employment and Labour Relations Court barring them from from joining Radio Africa Group before their non compete period stipulated in their contracts lapses.

Justice Hellen Wasilwa granted the injunction after NRG submitted that it had invested heavily in the duo including buying them new cars, spending alot of money in promoting their brands, training them and paying for their luxurious trips to different places in the world including the Rugby Sevens week, an annual weeklong sporting event held in the United States in March.

“A temporary order of injunction is hereby granted restraining the duo from performing services for, carrying or being engaged or interested or concerned directly or indirectly or publicly identifying with the promotion of services by any other radio station within the Republic of Kenya or any business that competes with NRG,” the judge said.

The non-compete clause in their NRG contracts barred them from joining any rival media station in the country within three months of termination of their agreement.

{See also: Switch TV bit more than it could chew}

But the decision by the two to breach the contract drew the ire of NRG bosses who put all stops to ensure that the two did not join any other station immediately.

Kibe is a blogger who comments on social issue while Kamene has a huge social media following which must have endeared her to the NRG honchos due to her marketability factor.