Radio presenter Kamene Goro. She and Andrew Kibe were initially barred from going on air as the non-compete clause in their NRG contracts barred them from joining any rival media station in the country within three months of termination of their agreement. [Photo/Kamene Goro/instagram]

The duo was slated to debut on Kiss starting on July 1 after resigning on June 14 and June 13 respectively. However, their former employer NRG, obtained an injunction from the Employment and Labour Relations Court barring them from from joining Radio Africa Group before their non compete period stipulated in their contracts lapses.

Justice Hellen Wasilwa subsequently granted a temporary injunction after NRG submitted that it had invested heavily in the duo including buying them new cars, spending a lot of money in promoting their brands, training them and paying for their luxurious trips to different places in the world including the Rugby Sevens week, an annual week-long sporting event held in the United States in March.

The non-compete clause in their NRG contracts barred them from joining any rival media station in the country within three months of termination of their agreement.

While Business Today could not immediately establish the exact details, the matter seems to have been amicably resolved to allow the two to go on air.

Kamene has been sending teasers since Tuesday, asking her fans whether they were ready for her much awaited debut.

Kiss 100’s sister newspaper, The Star, has now confirmed the two will take over the programme starting next week.

This is after Adelle Onyango left the company and Shaffie Weru landed a new managerial post at the Homeboyz Radio.

“So happy because I’m now on the Blessing side of My past Challenges!!” she captioned another photo on Instagram.

Their debut comes at a time Kiss FM’s breakfast show has been ranked 3rd in the latest survey by Geopoll above Royal Media Services’ Radio Citizen, which has for long commanded the radio scene in Kenya. Classic 105

“It is expected that after the new KISS breakfast show goes on air, Radio Africa will relaunch Homeboyz Radio,”said Khafafa.

In the latest Kenya radio listenership numbers published by Geopoll, Classic FM, Radio Jambo and Kiss FM are the most listened to radio stations.

Classic leads with a general listenership of 1.5 million people from 6 am to 12 midnight from Monday to Friday, followed by Radio Jambo with 1.18 million people and Kiss wraps up the top three positions at 1.12 million people.

The results released in August indicate that Classic FM’s Maina and Kingangi in the morning remains the most listened to breakfast show.

This is followed by Radio Jambo’s Gidi na Ghost breakfast show with the famous Patanisho feature.

Radio Citizen comes in the fourth position with a general listenership of 1.1 million people followed by Radio Maisha in the fifth place with 814,000 people. 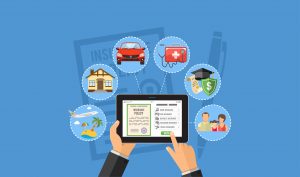