President Uhuru Kenyatta on Saturday hosted the AFC Leopards team at the statehouse to hand them a new bus which was donated by Dr. Nelson Sechere, an international fundraising expert.

On the next day, the president went ahead to attend AFC Leopards’ biggest match of the season as they faced perennial rivals Gor Mahia. While the entire sports industry needs the government’s financial support, the president chose to look Ingwe’s way.

During AFC Leopards’ visit to the statehouse, the president actually promised to build the club a new stadium. Ingwe currently uses Bukhungu Stadium in Kakamega to host their home matches.

“You have talked about a stadium, we will sit down and talk. I agree it is good just like other teams across the world have home stadiums. I think it is about time we started having home stadiums for our own teams as well,” said Uhuru in a statement released by State House on Monday morning.

In Kenya today, anything to do with stadia coming out of a politician’s mouth seems like pure politics. It all seems like Hollywood talk. The jubilee government has been on the hotspot about the same after they promised to build stadia during both their presidential campaigns but are yet to deliver a thing.

2022 politics is already heating up with President Kenyatta teaming up with Raila Odinga against Deputy President William Ruto. The Deputy president’s words are what Kenyans remember the most about stadia promises. A confident Ruto told Kenyans how 9 stadiums will have already been done just a few months after the 2013 elections.

Read>> What Kenyans and Jubilee Have Missed in Failed Stadia Promise

Like a Deja Vu, President Kenyatta comes to give a similar promise to AFC Leopards. When Ruto was promising to build five stadia, he was doing it to get Jubilee the sports sector’s vote during the election. Uhuru is already on his second term as president and he cannot contest for the office again.

However, with BBI politics currently ongoing in the country, there is a possibility that Uhuru might still be in government after 2022. AFC Leopards has a huge following and a promise to the team is a promise to the entire Ingwe army.

President Kenyatta’s new buddy Raila Odinga is the club patron at Gor Mahia. Could Uhuru be looking to get the same position at Gor Mahia’s perennial rivals, AFC Leopards? Whether he is or not he will still get Ingwe fans’ approval if he delivers the promise.

AFC Leopards is prominent in the Western region of the country where it draws its huge fanbase from. As much as 2022 politics is heating up in the country, it is not yet clear who among the probable candidates has full support from the Western Region. Even Musalia Mudavadi is still shaky in his own backyard.

Since the president will not be running for the highest seat of the land in 2022, he could direct the Western region’s votes towards whoever he will support during the next general elections. The Western region has been known as the most divided region during elections.

Ingwe has been struggling financially ever since betting firm SportPesa terminated their sponsorship deal with the club. Leopards are desperate for financial support from anyone and the fans will automatically fall in love with whoever comes to the club’s aid. 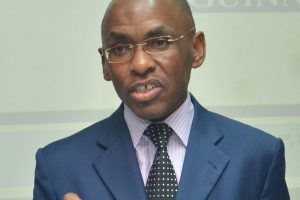