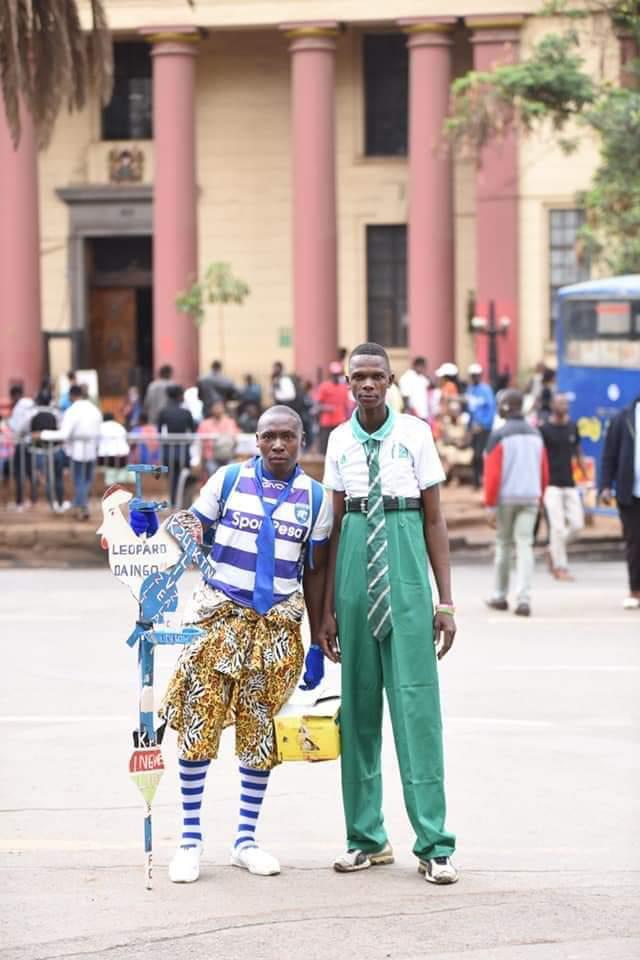 AFC Leopards and Gor Mahia fans. Each team's fans were confident of their side bagging the three points to give them bragging rights.

For years, Gor Mahia vs AFC Leopards has been considered the biggest fixture in Kenyan football. Fans are the main reason why the thrill in every Mashemeji Derby does not seem to end even though Gor has been dominant for almost three years now.

AFC can be at its worst form while Gor is at its best, but the number of AFC fans gracing the stadium does not seem to reduce. Let’s take Sunday’s Mashemeji Derby, for instance. Ingwe was in a good form coming into the match losing only two of their previous 13 fixtures. Fans were feeling hopeful because of their recent form even though they were all aware that Ingwe has never won a Mashemeji Derby since 2016.

The vibrancy in both the Ingwe side of the stands and the Gor side was just the same. Each team’s fans were confident of their side bagging the three points to give them bragging rights. When the players graced the pitch, the energy at Kasarani was almost double. When Gor players applauded their fans, AFC fans booed them and vice versa.

Ingwe failed to match Gor’s standards in the match but their fans did a good job trying to match up to K’Ogalo’s presence in the stadium. Even when 3-0 down, the fans stayed put to their seats but in silence. They still had hope that the fearless Ingwe would wake up and come back to the game. Fans all over the world have a tendency of walking out of the match when they feel the players are not giving their all to win the match. Ingwe fans did not.

“Hii Ingwe hata ichapwe aje, haitawahi kosa mafans (Ingwe will always have fans no matter the number of games they lose)” you could hear an Ingwe fan charge from the stands.

For Ingwe fans, it is the connection they have with each other and the team that matters. Feeling part of the den overshadows the endless thrashing they get from K’Ogalo.

Brian Mwavishi, an Ingwe fan, says that he will never miss a Mashemeji Derby even if Ingwe continues losing.

“The entertainment that exists in every mashemeji derby will always attract me. I may miss other Ingwe matches but I don’t think I can afford to miss a Mashemeji Derby,” Mwavishi told Business Today at the Moi International Sports Centre, Kasarani.

On the pitch, Gor has proved severally that they are the better side but in terms of fan support, it is fair to say that both teams are on level ground. Before any match, it would be difficult for anyone to know a dominant side by comparing fans’ energy from both sides.

Newton Njenga, a Gor Mahia fan, feels that in the near future, AFC Leopards will bring competition to his team.

“Gor has maintained its form over time, which is good for us. I have a feeling that AFC will improve and will bring us competition. If they give Coach Mbungo time to develop the team, then perhaps next season, Ingwe will bring us problems,” Njenga told Business Today. “All in all, Gor is still the same and will always play their best.”

After the match, and into Monday, the respective fan bases were still energised if social media taunts were anything to go by – regardless of the result.