Despite assurances from President Uhuru Kenyatta and Treasury Cabinet Henry Rotich that the country’s debt is sustainable, the controller of the budget has taken a dim view of the executive’s insatiable borrowing appetite by revealing that the country is struggling to pay civil servants over the huge public debt.

Director of research and planning at the Office of the Controller of Budget Joshua Musyimi on Friday joined economists and the public who have expressed their concerns over the debt amid claims that the Mombasa Port was used as collateral to secure the loan advanced to the Kenyan government by China’s Exim Bank to construct Phase One of the Standard Gauge Railway (SGR).

“We are collecting Ksh1.6 trillion as revenue every year and servicing debts to the tune of Ksh1.1 trillion annually. What we are left with cannot even pay salaries,” Musyimi told the Senate Finance Committee on Thursday.

The public debt which accounts for 68% of the country’s Gross Domestic Product (GDP) leaves the government with only Ksh500 billion to finance development projects and for recurrent expenditure.

According to the latest data published by the Central Bank of Kenya (CBK), the public debt currently stands at Ksh5.3 trillion and is expected to hit the Ksh5.4 trillion mark in June while Treasury’s projections indicate that it will hit Ksh7.1 trillion by 2022 when President Kenyatta will be leaving office.

“We borrowed so much and our headroom for debt has narrowed. For instance in the 2011/2012 financial year, Kenya was spending 11% of its GDP to repay debt, we are now talking about 57% going towards repaying public debt” said Dr Wagacha during a meeting with economists on February 4.

Meanwhile, President Kenyatta’s responses to jitters on the country’s stock of public debt have been consistent. He says that the country has development goals which have to be met.

“There is nothing wrong with borrowing as long that debt is going towards building roads and expanding the economy. I will continue to borrow and use that money for it’s intended purpose,” Uhuru said during a roundtable meeting with journalists on December 28, 2018. 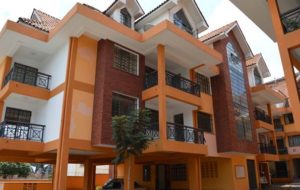