A Kobil fuel station. Kenyans are set to fork out more for fuel following a price review by EPRA.

In a statement, the Nairobi Securities Exchange (NSE) on Thursday confirmed that it had exiled trading of the oil marketer’s shares from the bourse citing the need to ‘facilitate reconciliation by the offeror’.

“All shareholders, investors and the general public are asked to take note of the suspension,” reads the statement.

The suspension was issued by the CMA pursuant to Regulation 22(2) (b) of the Capital Markets (Securities) (Public Offers, Listings and Disclosures) Regulations, 2002.

CMA has accused Mr Satchu of tipping off investors on the lucrativeness of Kenol Kobil shares ahead of its takeover by Rubis demanding Ksh500 million from the investors once they sold the shares to the Paris headquartered energy firm.

According to forensic evidence gathered by data recovery firm East Africa Data Handlers on behalf of the authority presented before the court, Mr Satchu tipped off the investors one week before the takeover was announced on October 23, 2018.

The messages showed that Mr Satchu had prior knowledge of confidential information on the takeover.

One of the text messages to the investors read, ““I have actionable intelligence on a share at the Nairobi Stock Exchange please advise if this is something you would like to look at. It is a buyout. I can open an account for you at Kestrel…for a 50-50 split of profits quick in early next week and out on announcement”

The investor replied “What ticket and what sort of pop do you expect? Can we put on leverage?” 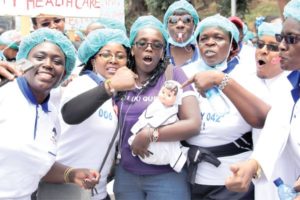