Sarah Kajira addresses young girls who underwent an alternative rites of passage by Child Fund. She is a reformed circumciser turned saviour and advocate of anti-FGM in Tharaka Nithi. [Photo/Njenga Hakeenah]

Young girls subjected to the cruelty of Female Genital Mutilation (FGM) have their dreams cut short with the future becoming unsure as they take on new responsibilities.

Robbed of their childhood, girls in puberty who undergo the ritual are either married off to old men or they are forced to drop out of school since they have a newly acquired status which sets them apart from the others.

This comes at a huge disadvantage to them since, in their patriarchal societies, they usually have no say over what happens to their bodies nor their future.

Alternative rites of passage for girls

These girls who have been robbed of their future may never get the opportunities life has to offer as would other girls who do not experience the torture.

To level the playing ground for all girls, Child Fund Kenya is organizing alternative rites of passage for girls in areas where FGM is practised.

These alternative rites are to empower the girl child to embrace who she is and to also have a better focus as they prepare for a future which in so many ways is not guaranteed. The girls in poor rural communities are the most affected while some from affluent families are sometimes ferried into areas where FGM is practised for them to undergo the ritual.

One such area is Kamarandi in Tharaka Nithi County which borders Embu, Meru and Makueni counties where FGM is acceptable in the society.

The programme was started in July 2018 and it is meant to strengthen the formal and informal child protection systems.

“We are working with the Department of Children’s Services, the Ministry of Interior, the county and national governments to ensure that the rights of children are protected. Some of the retrogressive cultural practices have hindered the development of girls and we have trained champions to advance child protection in the communities to help deal with these issues.”

Murungi adds that to make the programme a success, they have enlisted the help of councils from the affected areas to ensure that the alternative rites of passage which uphold the rights of children are embraced.

“This day marks the success of our girls having gone through the passage successful. The alternative we give the girls is education. 10% of girls in Tharaka Nithi between 15 and 19 years have undergone the cut while another 14% of the same age have given birth or they are pregnant,” adds Murungi.

120 girls graduated from the alternative rites of passage class with Murungi saying the classes offered equip the girls with the information they can rely on when it comes to making decisions for their future.

The vice is slowly becoming unattractive with some of the elderly women who were the circumcisers turning away and embracing alternative rites of passage.

While this is an advantage to many girls, many more are still exposed to the abuse making it an even more urgent matter that needs to be resolved.

In Kenya, FGM is illegal with those found culpable punishable under the law after the country passed tough legislation in 2011 banning the practice. Under the law, FGM is prohibited with tough penalties imposed on perpetrators and those abetting the practice.

This law holds that consent cannot be cited as an excuse for conducting FGM and also bans cross-border FGM while barring medical caregivers from carrying out the practice.

To ensure that girls who may be forced to undergo the rite have a safe haven, Child Fund is putting up a rescue centre for girls fleeing FGM.

The centre at the Kamarandi Secondary School in Tharaka Nithi is expected to be launched next year to offer safety to those fleeing the vice.

In addition, the organisation is in the last stages of equipping a solar-powered internet school which will enable the girls to take up skills in ICT.

The laboratory is expected to be launched in the early weeks of 2020.

Christine Makena is a form 3 student at Kenya High School who is a beneficiary of the alternative rites of passage offered under Jukumu Letu.

She says that FGM leads to discrimination which leads to low self-esteem and poor performance in school.

“FGM leads to people dropping out of school since the initiates feel they are adults. Other risks include infections like HIV and Hepatitis B,” she says.

She says that having not undergone FGM, she was able to join high school to pursue education.

Esther Gacheri who is in form two at Kirigara Girls says that the training they receive from the alternative rites of passage classes is invaluable.

“Child Fund has helped me learn about the major effects of FGM which negatively affect the girls. I chose to attend because I needed the information. If a girl is not cut, she is treated like an outcast by the peers and so the training comes in handy in equipping us girls with the skills to cope,” she says.

Abed Rwito, the Chief of Kamarandi location in Tharaka Nithi says that FGM prevalence has decreased.

“In 2018 we jailed 4 women who were sentenced to 7 years in jail each. This has led to the reduction of FGM cases in the area but it is a continuing process. With the training being offered and also by enforcing the law, FGM is becoming unattractive.”

He, however, notes that those still practising FGM are moving young girls across the county borders for the cut to be performed.

Chief Rwito adds that he is confident that the girls who have undergone this alternative rite of passage will be able to withstand the pressure they may face. December is notorious since many FGM cases occur in this month after schools have closed for the long holidays.

The chief adds that the government will continue enforcing the law to ensure that young girls are not deprived of their rights.

As the law enforcers continue cracking down on the cutters, some are abandoned the crude tools to embrace alternatives.

Sarah Kajira, 47, is a reformed circumciser turned saviour and advocate of anti-FGM.

The mother of 6 says that she inherited the practice and underwent FGM since her family was deeply into the practice. She later started learning from her mentor and became a cutter.

“I was circumcised at the age of 10. I became a circumciser in 1983 until 1986 when I stopped. I could cut 50 to 60 girls every season when FGM was happening. The pay was Ksh 700, a goat and another monetary package for circumcisers,” she says.

Kajira adds, “I stopped because I became a Christian and after I was taught that FGM hurts the girl child into their womanhood. Also, I stopped due to excessive bleeding which could lead to the death of the girl.”

She says that her five girls have not been circumcised.

“This is since I already knew that it was harmful to the girls. If I had known before I became a cutter, I would not have done it on the others. My girls are a testimony of my turnaround and moving away from the ritual which denies girls their full womanhood.”

The FGM in numbers

Statistics from the county show that half of Tharaka-Nithi County women aged 20-49 years old and men 20-54 years old first had sex by age 19 and 16, respectively.

In comparison, at the national level women and men in the same age groups first had sex at age 18 and 17, respectively.

At national level, women and men in the same age group first married by age 20 and 25, respectively.

FGM among adolescents is also often linked to girl child marriage which also has long-term negative effects on women’s health and wellbeing.

The statistics from the Ministry of Health record that about one in ten (9%) girls aged 15-19 have undergone the ritual compared to 12% at the national level.

Since FGM leads to early marriages in some cases, education is an important determinant for sexual and reproductive health, particularly among girls.

“Girls who complete secondary and higher education have better sexual and reproductive health outcomes – they are less likely to have unwanted pregnancies and more likely to have higher socioeconomic status.”

The report indicates that Tharaka-Nithi County is performing well on primary and secondary school enrolment relative to the country average. The majority (96%) of children in the official primary school-age are enrolled in primary school of the net enrolment rate.

Read >> Moi Reveals Why He Loved Girls More Than Boys 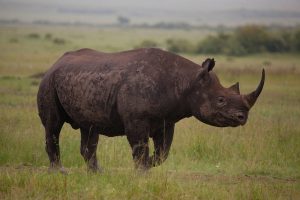