Revelers in a Nairobi bar. Interior Cabinet Secretary Fred Matiangi has directed that all bars should be closed by 5 pm on Saturday and Sunday for the census. [Photo/Direct Africa]

The government has ordered the closure of all bars on Saturday and Sunday to allow for a smooth national population and census.

In a statement issued by Government Spokesman Cyrus Oguna, Interior Cabinet Secretary Dr Fred Matiang’i, however, said lodgings will remain open during the period. But it is not clear what would happen to establishments that offer both bar and lodging services.

“All bars should be closed by 5 pm on Saturday and Sunday for the census,” he said.

In addition to the bar operations caveat, police officers have also been recalled from leave to facilitate the exercise, which would last for one week.

“Please note that you are all directed to ensure that all officers on leave are asked to report back to their duty stations by Thursday, August 22. Officers will be informed on when to resume or take their leave at a later date,” Japhet Koome, who is the Principal assistant to Deputy Inspector General of the Kenya Police Service said.

Outdoor sleepers, persons on transit, individuals in hotels and lodges, and institutions such as hospitals and prisons will all be counted.

The police officers alongside village elders, chiefs and their assistants are expected to ensure smooth running of the exercise. There will be heavy security during the period with the Kenya Defence Forces also expected to beef up security measures.

This will be the sixth time Kenya will be conducting a national census since independence.

The practice of counting the population dates back to ancient times. Historical records show that ancient rulers needed to count their people in order to calculate the amount of taxes they would expect. Censuses have therefore formed the basis for planning of resources for many centuries.

However, this will be the first census exercise being conducted since the promulgation of the new constitution and it will help in improved allocation of resources to the counties. For the first time, the enumeration process will be carried out using digital gadgets, a paperless process that will guarantee accuracy, speed of processing and security of the data.

The census is an important process to which the government attaches great value, due to the need for evidence in planning.

Evidence-based decision making is a universally recognised approach to the efficient management of countries.

Furthermore, the United Nations recognises the importance of population and housing censuses and therefore has issued international principles and recommendations to assist statistical offices and Census officials, throughout the world, in planning and carrying out improved and cost-effective censuses.

The modern-day census is an integral requirement for development of plans to grow the economy and improve living standards. The data generated informs planners of current status and provides a guidance and justification for approaches taken in developing various sectors of development.

On Tuesday, Kisii Senator Prof Sam Ongeri urged Kenyans to take the census seriously especially because it is important to division of revenue between the national government and county governments.

“When we sit to consider division of revenue one of the considerations is population size in addition to geographical size. So, don’t complain when you don’t get services because you refused to be counted. I have heard some complaints, but it is to late to complain,” said Ongeri during a funeral fundraiser in aid of the late businessman Christopher Onchiri at a Nairobi hotel.

Kisii Governor James Ongwae and his Nyamira counterpart John Nyagarama have previously expressed concern that members of the Kisii community are reluctant to name the number of their children. 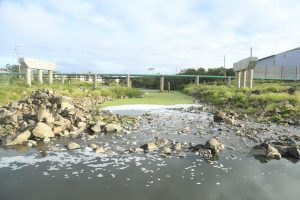