Former television news anchor Lious Otieno has appealed for financial help to enable him undergo specialized treatment to regain his hearing. The family has revealed that Lious Otieno, who worked for a number of TV stations including KTN, KBC and Citizen, suffers from acute pancreatitis.

The journalist has been in and out of hospital over the past few years.  The Louis Otieno Medical Fund was launched on Friday by a committee formed to raise funds to help in offsetting the medical bills. The committee said Louis lost his hearing while in hospital.

“Efforts to get his hearing fixed including using hearing aids have not been successful,” it said. “During this period, he has not been able to engage in any gainful income generating activities which has been strenuous for him and family.”

The only way his hearing can be fixed is by having a procedure undertaken in India called Cochlear implant. A cochlear implant (CI) is a surgically implanted electronic device that provides a sense of sound to a person who is profoundly deaf or severely hard of hearing in both ears; as of 2014 they had been used experimentally in some people who had acquired deafness in one ear after learning how to speak.

Cochlear implants bypass the normal hearing process; they have a sound processor that resides on the outside of the skin (and generally worn behind the ear) which contains microphones, electronics, battery, and a coil which transmits a signal to the implant. The implant has a coil to receive signals, electronics, and an array of electrodes which is placed into the cochlea, which stimulate the cochlear nerve.

“The cost of this very needed surgery is quite high and hence our reaching out to friends, well-wishers, former peers and anyone who feels moved to support this man get his life back again,” the committee says. 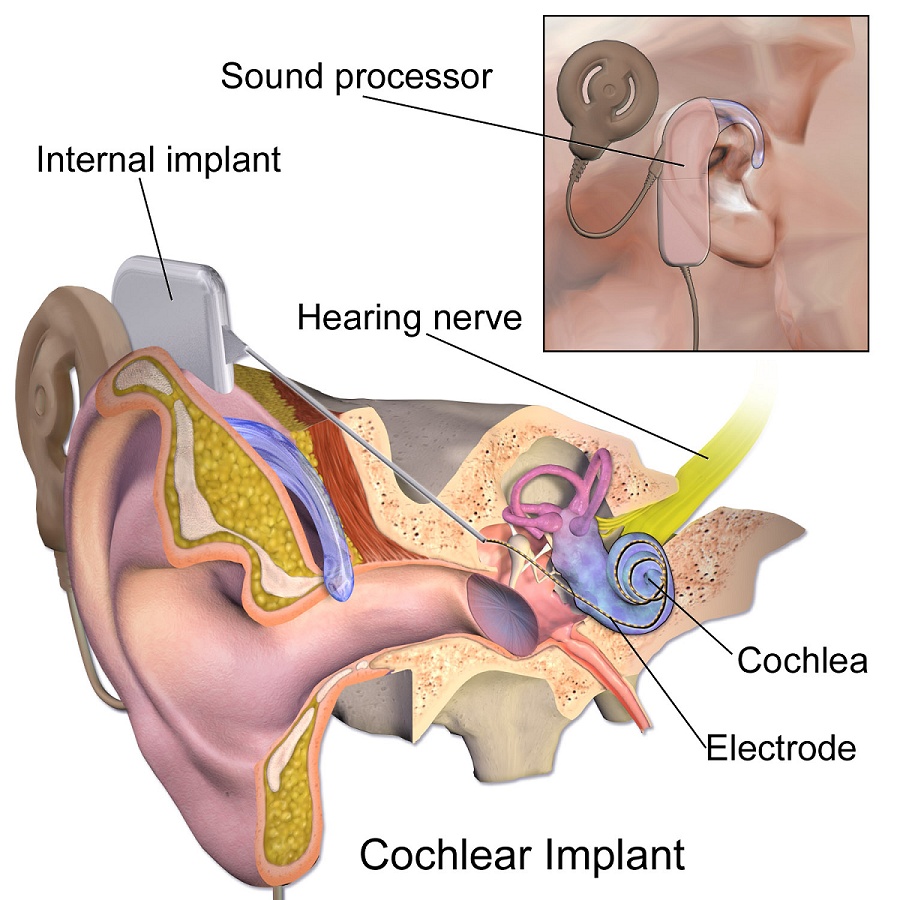 Otieno has not been in good health for the past four years. In 2014, images of a frail Lious at Matter Hospital appeared on social media, which left many wondering what had happened to him.

At the time, Louis, the son of long-time radio presenter Elizabeth Omollo, was battling a********m.

> Journalists lifestyles on the spotlight as Louis f****s back

The committee, family and friends of Louis Otieno would like to inform you of the official launch of Louis Otieno Medical Funds Drive. As you all may be aware Louis has been unwell and in and out of hospital being treated for acute pancreatitis. During one of his admissions, Louis lost his hearing while in hospital. Efforts to get his hearing fixed including using hearing Aids have not been successful. During this period, he has not been able to engage in any gainful income generating activities which has been straineous for him and family.

After consultations with doctors, it was agreed that the only way the hearing could be fixed was by having a procedure undertaken in India called Cochlear implant.

The cost of this very needed surgery is quite high and hence our reaching out to friends, wellwishers, former peers and anyone who feels moved to support this man get his life back again.

A pay bill number has been opened (LOUIS ARMSTRONG OTIENO.Paybill Number 333957) and is active so you can send your donations directly to the paybill. The committee is also planning a harambee to support Louis. We all know of the great work he did in media and we wish to see him continue this good work.

Join us in the initiative to help Louis Otieno gain his hearing back again!

Thank you all in advance for responding to this call and may God bless you.

RELATED: Are you making yourself deaf? 5 surprising causes of hearing loss

Louis Otieno took a low-profile after quitting the screen five years ago. He has been on the spot over the 2012 d***h of his girlfriend Careen Chepchumba, the former Kenya Power employee who was found d**d in her apartment. The family believes Louis Otieno, who was dating the then 26-year-old lady, had something to do with her mysterious d***h. He has since denied the charges including accusations that he extorted money from her.

Careen father, Hosea Kili, made the sensational revelations at the opening of the i*****t into the d***h of Ms Chepchumba in May 2016 before a Kibera court.