Former CNN anchor Isha Sesay speaking during a past forum. She has opened up on why she left the cable broadcaster.

Former CNN anchor Isha Sesay has for the first time opened up on her decision to quit the cable news broadcaster saying that her decision was largely based on her desire to seek a new challenge as she was fed up with too much coverage of US President Donald Trump by the media giant.

Speaking to the Hollywood Reporter, the British born TV presenter of Sierra Leone descent revealed that she quit CNN to concentrate on writing a book about her time covering the 2014 abduction of 276 Chibok schoolgirls by terrorist group Boko Haram in Nigeria.

In 2014, Isha enhanced her reputation as a top notch journalist after winning the Peabody Award which she earned after churning out a flurry of stories after spending time with most of the 164 girls who escaped or were released following negotiations with the Nigerian government and the families of the girls who are still unaccounted for at the moment five years after their abduction.

The revered presenter has spent her time away from broadcasting authoring the book tittled Beneath The Tamarind Tree which narrates the plight of the girls in the hands of the terrorists, the escape and the effects of the heartless abduction.

“I hit a crossroads at CNN. It was a perfect storm of factors. There were editorial decisions that would have involved moving from L.A. [to Atlanta], which I didn’t want to do, but also I just didn’t want to do any more Trump,” said Sesay.

“Even at CNN, we were doing at least 75 percent Trump. There was no respite. I had hit a fatigue with Trump and it was sucking all the oxygen out of the room. I have a charity that empowers adolescent girls in Africa. These stories matter to me, and this is what I want to put my energy in. I just wanted more agency in my life,” added the journalist.

Sesay also reveled that the quit the broadcaster partly because she was not a big fan of how her employer trivialised important African stories.

“Look at the way Ebola was covered. Ebola was ravaging Africa, and coverage in the U.S. was miniscule until it impacted those two Americans in Liberia. There was a sense that we were weighing out whose lives matter and deciding how much coverage that gets,” said the journalist.

“There’s very much an “othering” of Africa that still exists in newsrooms, a tendency to normalize tragedy that comes out of there. I saw it and heard it. Every day, decisions are being made as to what to cover, what’s the top story, the second story, the third story. More often than not, it is my experience that Africa and black and brown people are at the bottom,” she added.

In August 2018, the journalist ended her 13 year stay at the broadcaster opting to concentrate on an NGO in her native Sierra Leone, W.E. Can Lead, a nonprofit she set up to tackle the unique challenges girls in the country face such as teenage pregnancy, a lack of education, and early marriage due to extreme poverty. 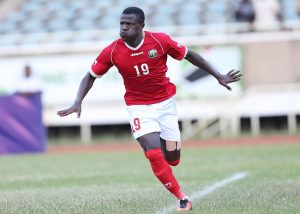