President Kenyatta and other government leaders wave at a ship carrying Kenya’s first crude oil to the international market on August 26, 2019. [ Photo/PSCU ]

Kenya’s dream to join the league of petroleum exporting countries became a reality on 26th August as the first consignment of Kenyan crude oil left the Port of Mombasa.

The 200,000 barrels of low-sulphur crude from Kenya’s oil fields in Turkana County, bought by United Kingdom-based ChemChina UK, is valued at Ksh1.2 billion, a price much higher than what was initially projected.

Kenya is using this initial export to test the global market before it embarks on large scale commercial production of its oil. The inaugural shipment of crude oil makes Kenya the first country in the region to become an oil-exporting nation.

The Celsius Riga, the ship carrying the crude oil left the Mombasa Port for Malaysia shortly after midday, after it was flagged off by President Uhuru Kenyatta, who said it was a milestone moment for Kenya as it becomes the first country in the region to become an oil exporter.

“I am proud to say Kenya’s grand march to oil and gas production and export has begun,” he said. “This maiden consignment represents a new dawn for Kenya; and the beginning of an era of greater prosperity for all Kenyans.”

The President said the next phase following the success of the pilot project will include full-field development that will be characterized by production and pipeline transportation of crude from Lokichar to the new Port of Lamu.

President Kenyatta said the oil project has already brought benefits for the people of Turkana County, with the local communities directly benefiting from employment opportunities in production and logistics, in addition to the provision of ancillary and support services.

“As we proceed to full-field development, we will ensure that local communities are major beneficiaries of these resources,” President Kenyatta assured.

Petroleum Cabinet Secretary John Munyes said the Government plans to construct a pipeline between Turkana and Lamu to transport the crude oil. 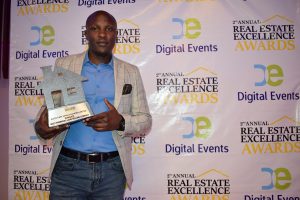