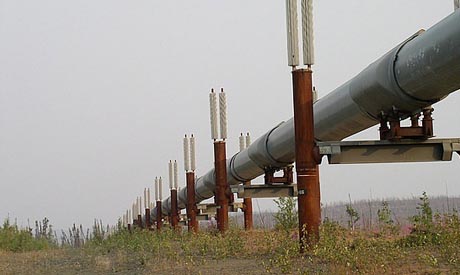 The icy relations between Tanzania and Kenya came out when Tanzania chose to partner with Uganda in constructing a pipeline through Tanga.

A statement by Tanzania’s presidential press unit states that President John Magufuli met Uganda’s President Kaguta Museveni, and agreed that the pipeline will pass through Tanga.

“The two agreed to begin construction of the crude oil pipeline from Tanga to Uganda, for the benefit of the two countries and their East African counterparts,” said director of State House Communication in Tanzania Gerson Msigwa on Tuesday.

“The pipeline will have a length of 1,120 km and the project will create employment for over 15,000 people.”

Kenya and Uganda had agreed to construct the crude oil pipeline through the Northern Lamu route mid last year. France’s Total, an investor in Uganda’s pipeline dismissed the option, quoting insecurity along the route.

A study by Toyota Tsusho shows that the Kenya – Uganda Northern route for the heated crude oil to Lamu Port is cheaper for both countries.

Total has been on the forefront advocating for the Tanga route. An MoU binding Tanzania with Uganda and initiating a study on the route was signed last year.

The countries have all been calm on the pipeline decisions since December. However, senior official at the ministry of energy and mineral development in Uganda said Total CEO Patrick Pouyanne visited Ugandan President Yoweri Museveni to convince him on taking the Tanga, Tanzania route in December.

“During the visit, Total insisted that it will produce Uganda’s oil despite falling crude oil prices, but through the port of Tanga,” said the official who could not be quoted because of the sensitivity of the matter.

Acting on Uganda’s stance on the pipeline, President Uhuru Kenyatta set up a special taskforce to explore ways of exporting oil by rail and tracks. The taskforce has till September to begin oil production, a move that investors have termed impossible.

President Kenyatta is treating the rail and road transport plan to export oil as a short term measure awaiting the final solution that could see the crude oil pipeline construction.

Investors in Kenya and Uganda oil could however have a final say on the pipeline route. China’s CNOOC and Britain’s Tullow Oil and France’s Total have invested in Uganda’s oil, Tullow is also working in Kenya.