If Google felt like a sucker punch, Facebook’s withdrawal now seems like a slow grinding nail into Huawei.

Whereas not as strong as the Google ban, social media website Facebook has taken the move to remove pre-installed app of its service on Huawei smartphones.

Unlike Google’s ban which targets new and future Huawei smartphones, Facebook’s withdrawal is set to apply to devices that have yet to leave the Chinese tech giant’s factory.

This means that Facebook, nor Instagram will come pre-installed on Huawei phones. The same will apply to WhatsApp.

In some markets, smartphone vendors enter into agreements to pre-install some apps such as Facebook. The phone therefore comes with the app already on the phone.

However, this new ban will not leave Huawei smartphone fans with no Facebook, as the app can still be downloaded from the Google Play Store.

For now at least, as Google’s ban has yet to come to full effect, Facebook and its related apps can still be downloaded.

Last month, the US issued a ban on Huawei which led to some corporations withdrawing its services from the Chinese company.

The effect however has not yet sunk Huawei, as it still has access to the Android operating software which is open source.

If the new phones however lack access to Google products and apps that can be downloaded from the Play Store, then some may start considering whether it is worth having a Huawei device in the first place. 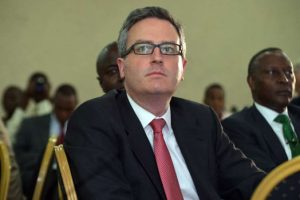