Getting staff to communicate effectively can tremendously improve organisational productivity.

So much business communication is on email these days.  And so disruptive is that medium that I spend much of my time inside organisations encouraging face to face conversation. Face to face is how we were meant to communicate.

According to Yuval Noah Harari in his book Sapiens, it was our sophisticated and nuanced conversational ability that powered our species to dominance on this planet.

Harari notes that there were seven types of ‘Homo’ co-existing on Earth 70,000 years ago. But only Homo Sapiens could communicate abstract concepts and ideas. This led to the development of strategy, when every other species was limited to tactics.

In addition (you may be surprised to hear) our ability to gossip had the effect of building team coherence. Everyone developed a deep understanding of individual behaviours and worked out from that whom they could, or could not, rely upon.

Nowadays we find ourselves focused on digital screens more than on the humans beings around us. So anything we can do to reverse that trend will, I believe, improve organsational productivity. Of course as soon as you get your people talking again, you observe a number of unhelpful behaviours emerging. The two that we prioritise for fixing are:

1. The big story (unanipea story). This is where a simple question is given a long and roundabout answer, intended to divert attention from the truth. ‘Did you manage to reconcile the accounts for last month?’ is a simple business question. But the answer, giving perhaps four or five interlocked reasons and evoking a cast of characters that would make a soap opera proud, might take ten minutes to deliver.

We coach that, if that answer is ‘No’, managers should require staff to begin with the one word answer. Then say what they are going to do to remedy the situation. And finally give a commitment to when. Sounds simple, but this behaviour takes real determination to change.

In business, over-talking is a sign that someone with a limited contribution to make feels he should command your attention

2. Over-talking. This happens when one individual in a meeting has a point of view which he cannot stop making. It’s a technique we sometimes see in politicians when they want to avoid a subject so they take another and metaphorically beat it to death. More often, in business, it’s a sign that someone with a limited contribution to make to a discussion feels he should command your attention until you beg him to stop. (I’m using the male prounoun quite deliberately here.)

In this situation we coach using the ‘time-out’ hand sign very visibly. Reinforced by telling the windbag in question that he has made his point very well, and now it’s time to seek contributions from others.

Chris Harrison leads The Brand Inside in Africa

Chris Harrison has 31 years’ experience of building brands. Most of them spent in Africa. He leads the African operations of The Brand Inside, an international company that helps organisations to deliver their brands and strategies through their people. Email: [email protected]

Chris Harrison has 31 years’ experience of building brands. Most of them spent in Africa. He leads the African operations of The Brand Inside, an international company that helps organisations to deliver their brands and strategies through their people. Email: [email protected] 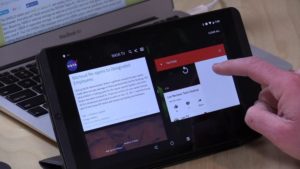 Overtaken by technology, old staff play catch-up
The modern workplace is intertwined with technology that is posing…