EABL employees pose with bottles of the new Red Star Vodka. The new product is set to hit the shelves.

East African Breweries Limited (EABL) has launched a new product into the market, Red Star Vodka as the company moves to cement its position as market leader.

Red Star Vodka is the fifth product that the company has launched this year and enters the market a few days after competitor Kenya Wine Agencies Limited (KWAL) launched Caribia Cane spirit.

The brand is now available in the market in 250ml and 750ml glass bottles, retailing at recommended retail prices (RRP) of Ksh250 and Ksh 670 respectively.

Speaking at the launch of the new product, EABL Head of Innovations Joyce Kibe said that the introduction of Red Star Vodka is driven by the company’s commitment to continually innovate at scale.

“We are delighted to launch this new drink. The introduction of this new brand is informed by insights where consumers are keen to expand their range of drinks,” said Ms. Kibe “We believe Red Star caters to this need and provides an exciting new option in the vodka category,”

According to Ms Kibe, the new product’s launch has also been informed by the resounding success of EABL’s other brands that were launched recently.

She says that the brewers’ market research indicated that there was a gap in the local vodka catalogue which the new product is seeking to address. 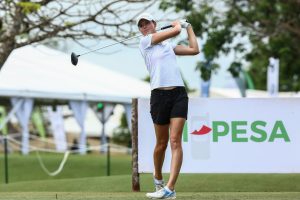