The photo was accompanied by the caption: “When PEOPLE run out of ideas, they settle for VIOLENCE! UOGA hatutanunua! (we won’t be intimidated). Importantly, DP William Samoei Ruto was in EMBAKASI earlier today (Sunday, 16/01/22) and THE PICTURES OF SUPPORT SPEAK louder than the STONES and VIOLENCE! Hustler Nation Strong!!” 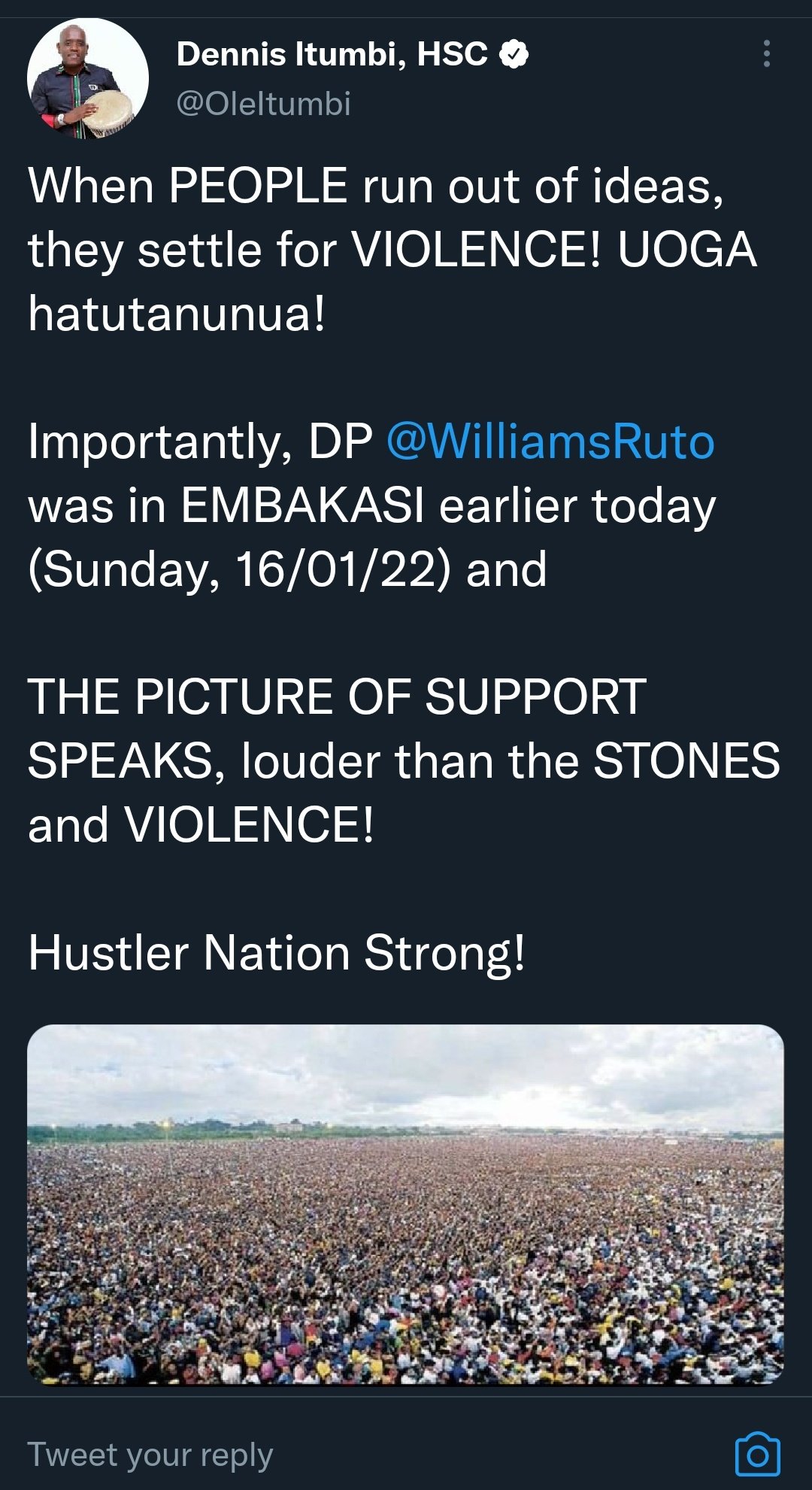 A fact-check on the photo indicates that while Ruto held a rally in Embakasi, the photo posted by Itumbi, one of the DP’s digital communication officers, was not from the event.

A Google image reverse search reveals that the image had been used on 8th August 2013, in a Twitter post on Zimbabwe’s politics. The same image was also used in an article published on November 18, 2017, by PM News Nigeria, a daily newspaper in Lagos, claiming to indicate the number of Zimbabweans who wanted the late President Robert Mugabe to leave office as well as on this website.

The photo has also been used on the ChristWorld Dominion Ministry Facebook page, having been uploaded on 19th December, 2021.

Also, a check on the UDA Party official Twitter page shows the actual photos at the event, held in Embakasi, Nairobi County, which do not include the photo shared by Dennis Itumbi. The fact that Itumbi deleted the photo after it went viral and was flagged by some Twitter users as misleading – and replaced it with the genuine ones – also indicates it was not an image from the event.

Chaos erupted at the Sunday 16th January 2022 rally, at the Jacaranda Grounds, led by Deputy President William Ruto, who is gunning for the presidency in the August 2022 election on a United Democratic Movement Party ticket. A section of the crowd engaged in running battles forcing police officers to lobe teargas after a group of youth attempted to disrupt the rally.

VERDICT: The photo shared by DP Ruto’s digital communication officer of a huge crowd attending his rally is false as it had been used to illustrate Zimbabwean elections in 2013.