The logo of Consolata School [Photo/kenyabuzz.com]

Detectives from the Directorate Criminal Investigation (DCI) Children’s Department on Monday held a closed-door meeting with the management of Consolata School in Westlands, Nairobi.

This is after a class seven pupil from Consolata School posted a video threatening to kill a fellow schoolmate while using vulgar language.

The video that was posted on Sunday evening has since gone viral on various social media platforms drawing anger from netizens.

In the video, the Consolata pupil is accusing the standard four schoolmate of calling him gay causing friction between him and fellow schoolmates.

The boy later published another video apologizing to the public.

“I want to apologize to the public for the bad content that I have published. I know I shouldn’t have overreacted the way I did and putting out on public,” said the boy in the second video.

“To the public,  to everyone, to the teachers and to Consolata school I am really sorry, I am asking you to forgive me because parents are saying they want me suspended from the school,” he added.

The video has attracted mixed reactions from Kenyan On Twitter (KOT).

Outspoken Suba North Member of Parliament Millie Mabona advised parents to check what their children do on social media. She further urged netizens to refrain from sharing the video. 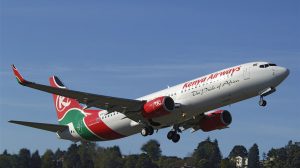