The 26 year old succumbed to brain cancer on Monday night at Jaramogi Odinga Odinga Teaching and Referral Hospital in Kusumu County after fighting the disease for four years.

The former University of Nairobi student was admitted at the facility on October 2018 after years of unsuccessful surgeries to remove the cancerous tumor from his head.

Mr Jadudi who discovered he had brain tumor at 22, as a third year student braved the fight against the disease with help from the public through financial aid and Africa Cancer Foundation.

The Foundation confirmed his death in the tweet that cited him as a real hero.

We regret to inform you that Jadudi, a.k.a. Emmanuel Otieno, succumbed to brain cancer at Jaramogi Oginga Odinga Hospital, Kisumu on the night of March 4, 2019. He was a real Shujaa! May God rest his soul in eternal peace and comfort his family. ACF mourns Jadudi. pic.twitter.com/LAtkPVIWnu

The brave cancer fighter story came to light after writer Jackson Biko aired his story when the young man was headed to India for a surgery to remove the brain tumor but his parents had depleted their resources in previous surgeries and treatment.

Read: Hope as second HIV patient ‘freed’ from the virus

The young man with only 24hours left before leaving for his treatment required one million shillings but the Kenyans surpassed the target and raised Sh6.4 million in two days.

After the surgery, the tumor however, kept growing back in Jadudi’s head till his death.

Jaded quoted by Biko as afraid of dying at a young age, had a spirit of warrior determined to beat cancer.

“I still want to fight. Please stand by me,” he said. 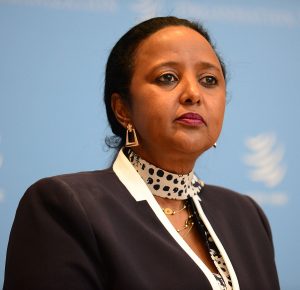