Dr Bitange Ndemo. He says that he has had to make tough choices and adopting military style habits to ensure he does not lapse. [Photo: Edmond Nyakundi / KNA]

Many people who see the former ICT PS Bitange Ndemo will notice that he is many kilogrammes lighter than when he was the ICT PS.

Ndemo has a chequered career with one of his biggest accolades is being one of the few who fought hard to ensure that Kenyans got reliable internet in the early 2000s.

The chair of the Distributed Ledgers Technology and Artificial Intelligence Task Force in Kenya who believes there are several digital transformational opportunities in the country worked with the current Health CS Mutahi Kagwe when he was the ICT Minister under the Mwai Kibaki government.

Many Kenyans expected President Uhuru Kenyatta to appoint Ndemo as the ICT CS but it was never to be. Despite this, Ndemo has continued serving Kenyans in different capacities aligned with technology.

On the issue of his weight, Ndemo who has had to deal with rumours of his being sick allays them saying that he had to lose it for his own good.

See: How Kenyans Can Find the Right Jobs

“For many years every time I went for my check-up, the doctor kept on saying that I have to lose weight. Your weight is on the higher side and the risk for this, he used to say, is you can get diabetes and then it’s very difficult to deal with those issues,” he told Grace Msalame in an episode of her Unscripted show which airs on NTV.

He adds, “Then I said I have enough time. At the time I couldn’t consistently run for a hundred metres because I weighed 120kgs and then I started mixing running and walking at Parklands Club. Then I finished one kilometre and I said I would add one more.”

His journey has been one of strict discipline to ensure that he met his weight loss goals before the burden of it weighed heavily on his body and mind.

“It has taken me almost four years but now I do half marathon almost every week and I do between 10 and 15 kilometres every day and also play tennis,” he says of his regimen.

When it comes to food, Ndemo says that he has had to make tough choices and adopting military-style habits to ensure he does not lapse.

Read: CEOs Acting For Too Long Isn’t a Cool Thing

“I usually eat very early and I go to bed on an empty stomach. I eat at 530 and then go to bed at 1030. By then you’re very hungry and looking for cookies all over the place but you get used to it once you’ve done that over time,” he quips.

Ndemo says that despite his busy schedule, he has had to make time to ensure that he stays fit to keep up with the demands of the field he is in.

On joblessness in the country, Ndemo notes, “We can actually create jobs and I’ve alluded to this when I’ve said that we can create value out of things that are being wasted and that is where the jobs come from. We can create value in creating ecosystems where people can share knowledge and learn from others. That is where jobs are created.”

Ndemo is a senior lecturer at the University of Nairobi and he says once told a Standard journalist during an interview, “When I am alone I take the stairs.”

The 60-year-old says that life has taught him many lessons including the loyalty of friends which is based on status.

As the Permanent Secretary in the Ministry of Information and Communication from 2005 to 2013, Ndemo’s phone was always busy. But when he lost the position, things abruptly changed.

“The day I left office, my phone literally ceased to ring. My “friends” had moved on. I found myself checking my phone to establish if I had inadvertently put it off. The phone was fine.” he wrote in one of his columns in a Kenyan daily.

While he has risen to continue doing what he loves, Ndemo says that while he did not expect to lose the government job, he nonetheless reinvented himself to be what he is. He says he does not mind teaching and that the transition has taught him that he did not know people’s nature that well. 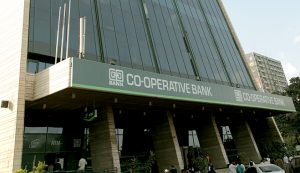