Interior Cabinet Secretary Fred Matiang'i. He has led the onslaught on betting firms which have been accused of evading taxes. A new report shows that his moves are set to cost media houses Ksh14 billion in advertising revenue.

Seventeen foreign directors of betting firms including those of dominant players like Sportpesa and Betin are facing imminent deportation as the government scales up its crackdown on the multi-billion industry over claims of tax evasion.

On Tuesday Citizen Digital reported that Interior Cabinet Secretary has made good his threat to deport the directors who he accuses of failing to remit Ksh26 billion in taxes to the Kenya Revenue Authority (KRA).

According to the report, the government has already served the deportation orders to the directors including to Sportpesa and Betin honchos who have been ordered to leave the country immediately.

The government has in the past accused the firms of using the courts to frustrate the taxman’s attempts to collect revenue from them, a move which is believed to have strengthened the government’s resolve to streamline the sector.

What’s more, the government is also believed to be unapologetic in its firmness because despite earning in excess of Ksh200 billion from the Kenyan market, the foreign directors repatriate the revenue to their home countries but still dont pay their dues to the taxman.

This comes shortly after The Central Bank of Kenya (CBK) wrote to CEOs of all banks in the country seeking to compel them to allow the government monitor the bank accounts of the 27 betting firms whose licenses have been cancelled.

It also comes in the backdrop of the government’s order to telcos in the country to suspend the paybill numbers and SMS codes of the firms.

“We wish to inform you that the licenses for the following betting firms were not renewed until they meet the outstanding renewal requirements as well as outcome of ongoing due diligence to determine if they are fit and proper to hold a license from this board,” read the notice

“We request you to suspend their pay bills and short codes until otherwise advised,” reads the letter dated July 10, 2019.

Last week, the government cancelled the licences of the betting firms and asked them to prove tax compliance before their licences are renewed.

The Betting Licencing and Control Board (BCLB) also warned that it will be conducting sustained vetting of all licenses in the gaming sector and players who fail to meet the regulation threshold will be de-bared.

Betting firms whose licenses have been cancelled include Sportpesa, Betin and Betway.

These firms however have protested the government’s decision to allow Betika to continue operating while they remain closed. 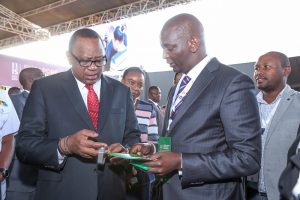