The government has given Kenyan gamblers a period of two days to withdraw all their money from all the betting firms that have been listed for closure.

According to Nation, a statement from the Betting Control and Licensing Board (BCLB), gave a 48-hour window for gamblers to withdraw their cash from their online wallets.

“This is to permit you to allow gamers of the subject firms to withdraw any funds they may have deposited in the material period within forty-eight hours from the date hereof and duly notify them of the same, quoting this letter as authority,” the statement from BCLB’s acting director, Liti Wambua, dated July 11, 2019 read in part.

The government has been fighting betting firms in the recent past as it tries to curb the gambling vice in the country. A list of 27 companies which is basically all the betting companies operating in the country had their licenses withdrawn with the government claiming that they prove they have been tax compliant before acquiring new licenses. No firm has renewed its license so far.

In April, Interior CS Fred Matiang’i gave these firms until July to comply to all industrial regulation. Dr Matiang’i said that if the firms would not have complied to the regulations by July 1st their licenses would be withdrawn. No firm seemed to have complied as the licenses were withdrawn on July 1st.

Earlier this week, the government had ordered all the telecommunication companies in Kenya to withdraw the 27 betting firms’ pay bill number. Apparently banks were also asked to do them. Safaricom declined to take down the pay bill numbers on the grounds that there are pending court cases on the same. 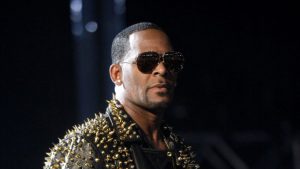