Willis Raburu with his wife Marya Prude. She has denounced the existence of God after losing her infant daughter. Photo/Marya Prude via Instagram

Citizen TV anchor Willis Raburu lost his daughter at birth early January. He even had to take a leave of absence from work to mourn the loss of his daughter.

Just a week after the loss of her daughter, the TV anchor’s wife has denounced the existence of God saying He let her daughter die. On Wednesday, January 8, through Instagram, Marya Prude, Raburu’s wife, penned an emotional message saying God has failed her multiple times.

She also acknowledged the messages of goodwill she received from friends and family. Prude said that the demise of her daughter has made her believe that God doesn’t exist.

“Everyone is so quick to tell me about God. What they don’t know is that every way I knew Him, He was tested and He didn’t prove Himself,” Prude said in her Instagram post, “So as they say you should know God for yourself, I now can say, I don’t know Him. And I don’t think I want to know him coz He left me when I needed him the most.”

On his end, Raburu lauded his colleagues for standing by his family during the trying moment in his life.

“I want to thank you all for the support during this time, for comfort and love,” the 10 over 10 host said, “While I am away several people will be holding for me, the shows will go on. I want to thank them in advance for heeding the abrupt call to action. I want to say thank you for those in the know who continue to lift my wife and me in prayer and ask that you continue to do so up until the time.”

He also asked his fans to be calm and allow him time to grieve, stating that he would return while buoyed up and ready to run his shows. He is yet to comment on his wife’s post on Instagram.

However, the Atheists in Kenya Society were more than happy to welcome Prude to their society. In a Twitter post, the Society urged Raburu to follow his wife’s tracks ad also denounce God.

The couple was expecting their firstborn child after tying the knot in 2017. 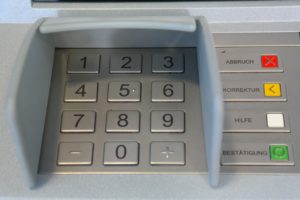 Be Careful Opening, Operating a Bank Account in Kenya
Third-party costs related to digital transactions and unexplained debits may…