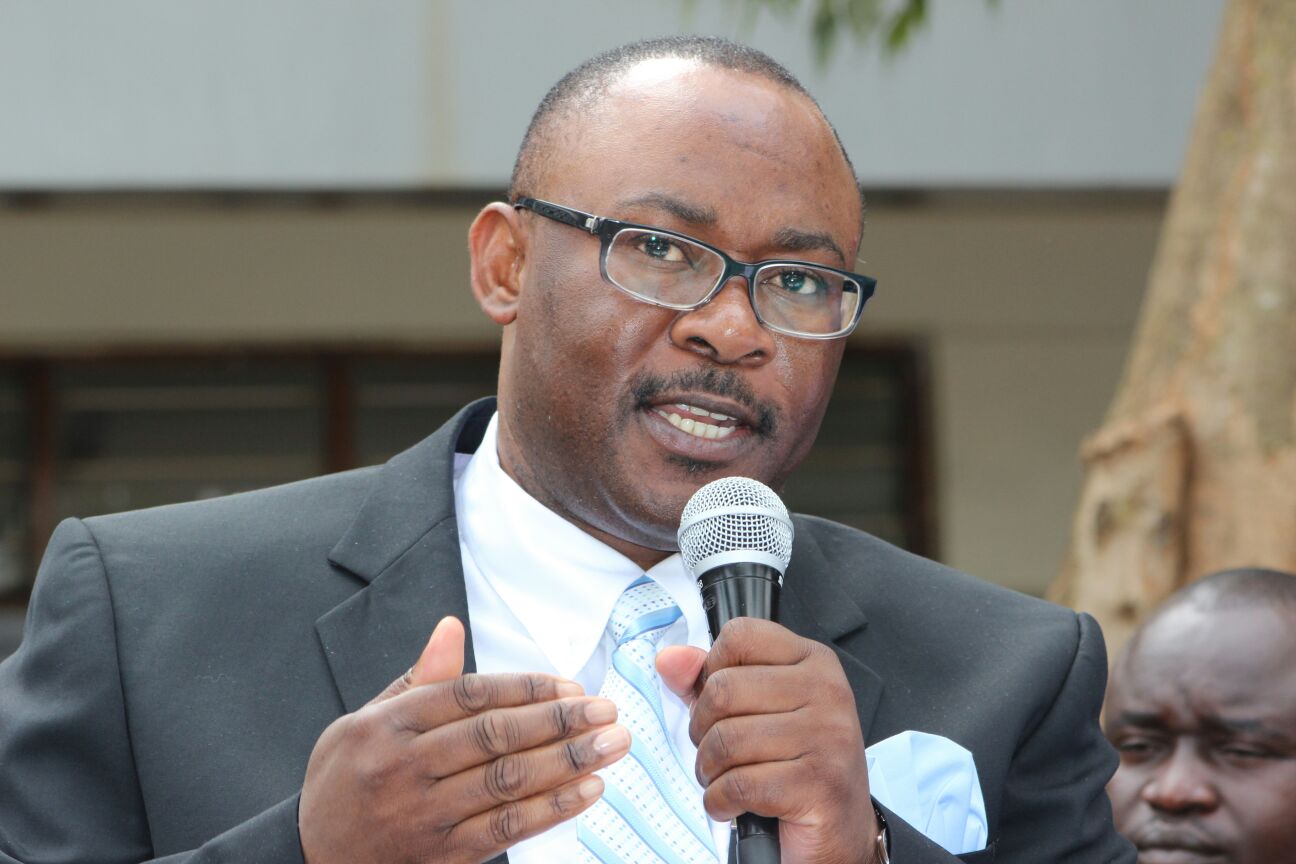 Known simply as Tim to most of his acquaintances, Tim Wanyonyi is a compelling story of overcoming piles of odds. On his way to becoming a legislator, Tim had to individually fight tough wars to replace former Cabinet Minister Fred Gumo as Westlands MP.

After securing the ODM nomination to contest for the seat, Tim had to contend with with the mammoth – if not intimidating – financial might of his well-heeled opponents, top among them being businessman Kamlesh Pattni and Nairobi tycoon Amin Walji. To the surprise of one and all, he collected a whopping 44,0000 votes compared to Pattni’s paltry 9,000.

Tim’s stewardship of KPO has its own harrowing genesis. The story of his valour and heart of steel goes back to 1998. A chilling encounter with carjackers one day was to dictate the course of his future life, forever.

It happened one Monday evening when Tim – only two years after graduating from the Kenya School of Law and then working in the law firm of Wetang’ula and Company Advocates, a firm in which his elder brother, currently the Senator for Bungoma County, Moses Wetang’ula, was a senior partner – was dropping a cousin friend home in Nairobi’s sprawling Ngara Estate.

READ ALSO: CYRUS JIRONGO IS BANKRUPT – WHAT IT MEANS FOR OTHER LIKE HIM

Tim had left office at 7:15 pm. It was approaching 8pm. The friend Tim was taking home was his own cousin, Bramuel Simiyu. After his cousin had alighted from the car and safely walking past the gate to his residential building, Tim reversed the car and he was just about to zoom off when he noticed a young man on the driver’s right hand side asking him to lower the window.

He did so.  But then immediately realised that he was in grave danger; he noticed the young man holding a pistol wrapped in a black polythene paper and pointing its muzzle at him while ordering him to get out.

The armed robber shot Tim in the back and smashed his spinal cord, a heinous act that would confine the young father to a wheel-chair the rest of his life.

Tim quietly opened the driver’s door, left the car with keys still in the ignition and raised his hands in the air as he walked away. The robbers entered the car and started to drive away. But as he turned to look at the departing thieves, he heard one of them shout “Shoot him! Shoot him!”. At that point he felt something hit him in his back.

“I felt nothing at that moment,” Tim told Business Today last week. “It did not sound painful at the time. What I realised was that I was not able to rise up. In fact, people were passing around and asking what I was doing there until one good Samaritan turned up and took me to the Aga Khan hospital.”

It turned out that the armed robber had shot Tim in the back and smashed his spinal cord, a heinous act that would confine the young father to a wheel-chair the rest of his life.

Since then, Tim went through numerous painful moments till he finally became hardened and today takes everything in his stride with so much ease – thanks to the counselling and rehabilitation process he went through, something that most victims of related accidents are not chanced to undergo.

Be that as it may, he was to overcome most of the challenges, a brave journey that led him into the hallowed precincts of the National Assembly as an elected Member. The the battles he had to fight were bureaucracy and indifference from his own ODM party whose secretariat and even top officials had little, or no time, for him and his intentions. He was crudely elbowed out of the way and left to fight it alone against the massive influence of Pattni, Walji and the Jubilee Coalition.

Back in 2007, Tim had been cheated out of a nominated MP’s seat by the ODM top-brass after initially being assured that one slot would be spared for him. He supported the party to the hilt, campaigned for and defended its presidential candidate Raila Odinga and championed the plight of persons with disabilities to the core. However, when the nomination time came, he was brushed aside by the party’s top brass and his position given to an outsplen female lawyer who has no known disability, physical or otherwise.

Between 2007 and January 2013, Tim served as a nominated councillor in the defunct Nairobi City Council where he sat on a number of crucial committees in addition to running his law firm and KPO, a non-governmental organisation he and some close friends and doctors co-founded.

Tim carried out a consistent door-to-door campaign that delivered a resounding historic win. Campaigning against multi-millionaires Kamlesh Pattni and Amin Walji was a daunting task. Tim had no money and party support. He remembers that during the campaigns, he was constantly hit by the economic might of his opponents.

While he relied on his persona and party popularity, his rivals were dishing out handouts in their thousands to a level that shamed his ‘shallow pockets’ and at times got worried that he would not make it if money was to determine the election outcome.

“Thank God, I held most of my campaigns on a house-to-house basis while my rivals were all over in public rallies. Westlands has some of the richest residents of Nairobi as well as the poorest. I was moving from one compound to the other, the electorate were able to feel and understand me and what I stand for. The people I talked to in their homes trusted me enough to give me their votes,” says Tim.

Now that he is a Member of Parliament, Tim says he finds his plate already full though he still has many things to attend to with four years still to go. He says he is enjoying the work as it has given him a lifetime experience he would never have had anywhere outside parliament.

Poor and rich trusted me

“I come into contact with some of the most affluent members of our society and the most squalid,” he says. “It is Westlands where the United Nations office in Gigiri is located. This means senior UN civil servants work and reside in this constituency.

“You have a number of international organisations, both corporate and non-governmental, situated in the area in addition to universities and other institutions of higher learning at all levels. The rich on one side and the poor on the other, trusted me as an individual and opted to invest me.”