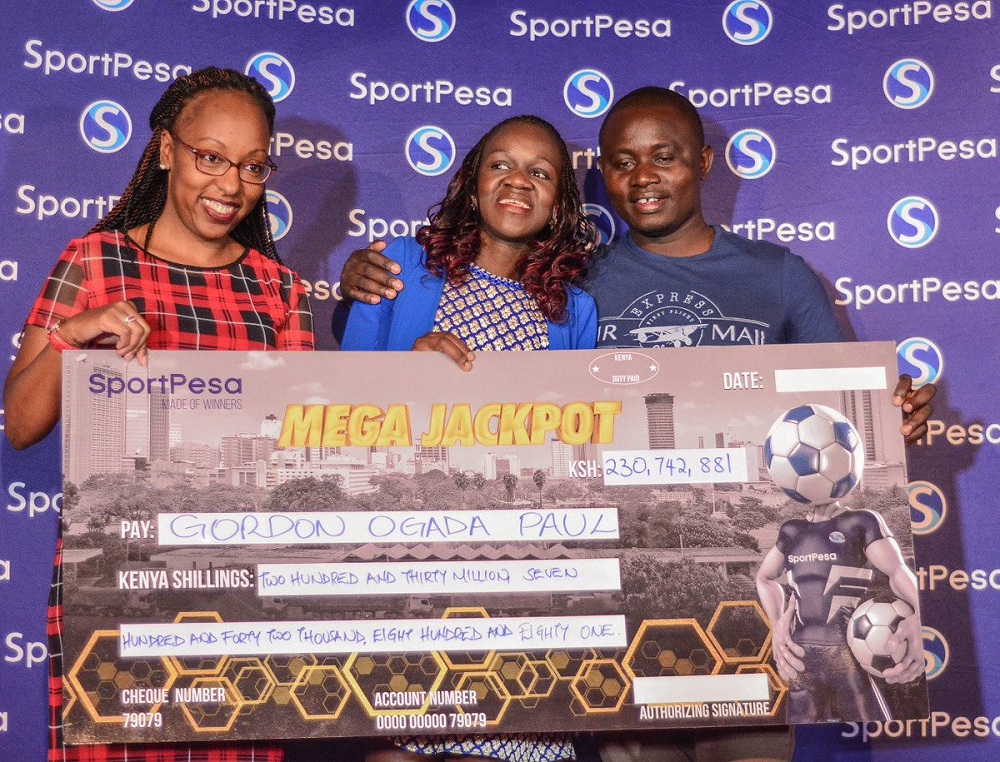 Speaking in Nairobi after being unveiled as the punter who landed Kenya’s biggest betting win yet, Ogada says the Tottenham Hotspurs defensive midfielder’s wonder goal at the weekend is what turned the tide in his favour.

The football world is still talking after Wanyama literally killed the ball when he pounced on a rebound after Liverpool goalkeeper, Loris Karius, punched the ball into his direction before the Kenyan skipper unleashed a beast-like strike that shook the net to put the score at 2-1 before Harry Kane controversially leveled the score.

That draw was more than enough for Ogada, who lost his parents 20 years ago. He is now a multi-millionaire.

He was hoping to win but was not sure and for that he kept his fingers crossed before a friend called him to inform him that Wanyama had scored. “On my way home a friend of mine called and told me that the Lion of Muthurwa, Wanyama had scored for Spurs, keeping alive my slip,” said Ogada.

But there was one more game to go,  the one pitting French League 1 sides Troyes and Dijon. The match was postponed and SportsPesa went for a public draw to determine the outcome, which concluded in a HOME win: 1.

But it was a dream come true as he was chauffeured in sleek limousines together with his wife and kids from his humble abode in Kibera to the Carnivore Grounds where he was unveiled by SportsPesa.

SportPesa CEO Ronald Karauri said the mega jackpot offering represents the betting company’s will to change people’s lives and shows commitment to local customers who have been a pillar of support to its business.