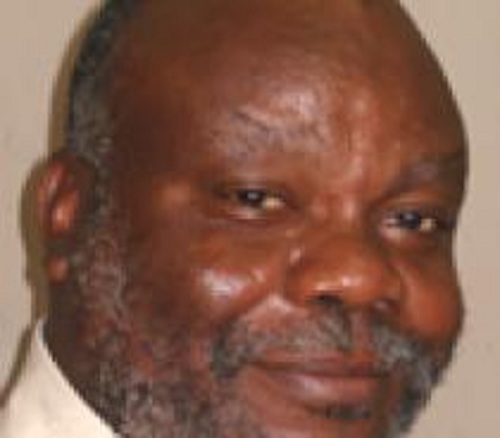 [dropcap]V[/dropcap]eteran journalist and university don Magayu Magayu is dead. MK Magayu, who is referred as the father of Kenyan journalism, died last Friday, according to journalist Soyinka Lempaa.

“Magayu Magayu is household name in our Kenyan newsrooms. Magayu taught editing at the School of Journalism University of Nairobi and was in charge of the popular students Anvil newspaper. Magayu taught manual newspaper design including cropping of pictures using a ruler. I remember his lessons with nostalgia. Magayu died last Friday while undergoing treatment in India. James Oranga, Cate Wanyama, Munyao J Mutinda, Jack Otieno, Margaret Mathore, Wahome Thuku, Anne Kanyi, Edwin Limo, and others shared the joy of being taught by indefatigable Magayu. When I read his obituary yesterday I was devastated. However I remembered that we are all candidates of vagaries of life including death. Rest in peace Mwalimu Magayu Magayu,” he wrote on his Facebook page Tuesday.

Apart from journalism and teaching, Magayu, was the Editor-in-Chief of controversial Star newspaper, which was a thorn in the fresh of the Moi regime is know for his many publications in various forums.

They include “Kenya’s Media Language And Its Impact On The Democratisation Process In Kenya” in A New Democratic Error?, “Cheating, Training Or Draining?” in The Anvil, The World Bankanisation of University Education in Kenya, Common English Mistakes in Writing, Do You Know Anybody?” in Writers’ Forum, A Visit To Father And Mother and the Foreign Factor in News Dissemination in Kenya.

In 1998, Magayu landed in trouble with the authorities and was arraigned in court on a charge of publishing an alarming publication. Also charged was his boss, Star Publishers Limited Francis Mathenge Wanderi.

Registrar General Omondi Mbago had earlier declared that the registrations of the Star had been “rejected under the provisions of the Books and Newspapers Act (Cap III).”

When the appeared court, they were charged that on or before 27 March 1998, at Cannon House in Nairobi, they published an issue of the bi-weekly newspaper with the headline, “How the coup was to be executed’, which was said to cause fear and alarm among the public.

RELATED: Lady who defied cancer to keep her voice on radio passes on

Their lawyer, James Orengo successfully applied for their release on a bond of Ksh 200,00o by Justice Omondi Tunya and the case subsequently fizzled out.

Other publications banned by Mbago were the Post on Sunday, edited by Tony Gachoka, Finance, which was owned by Njeru Gatabaki, and Kenya Confidential. Magayu and Wanderi were also later sued for libel by a Moi aide John Lokorio alongside News Editor Kamau Ngotho.