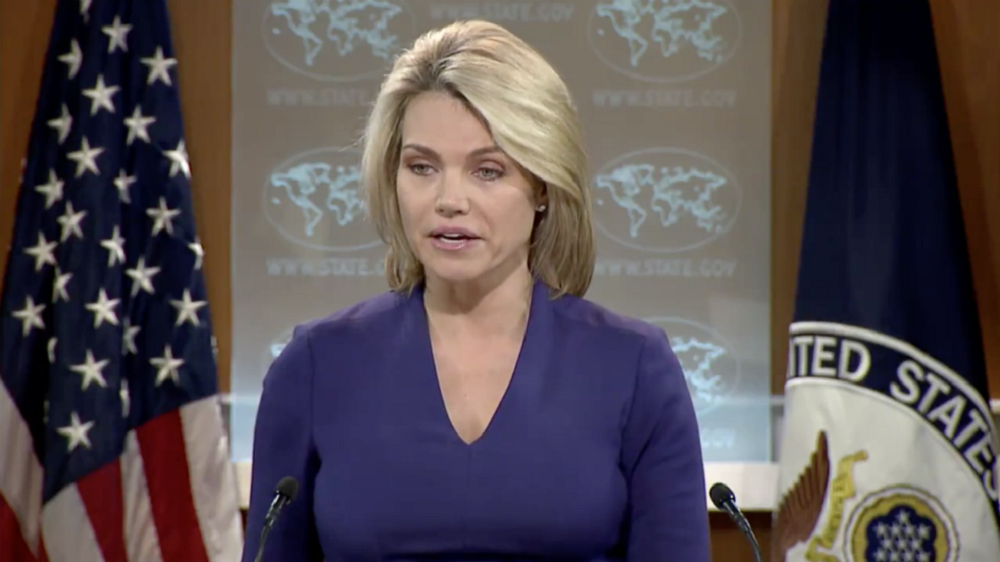 The United States has denounced NASA leader Raila Odinga’s move to self-“inaugurate” himself as the People’s President, saying  it rejects actions that undermine Kenya’s Constitution and the rule of law.

In a statement, Heather Nauert, the State Department Spokesperson, said President Uhuru Kenyatta was elected as President on October 26 last year and reiterated urged that grievances must be resolved through appropriate legal mechanisms.

“The United States is gravely concerned by Kenyan opposition leader Raila Odinga’s self-“inauguration” on January 30. We reject actions that undermine Kenya’s Constitution and the rule of law. Uhuru Kenyatta was elected as President of the Republic of Kenya on October 26, 2017 in a poll that was upheld by Kenya’s Supreme Court. Grievances must be resolved through appropriate legal mechanisms,”” Nauert said.

However, she said the US is also deeply concerned by the Government’s action to shut down, intimidate, and restrict the media as part of a clampdown on those who were part of what Interior Cabinet Secretary Fred Matiang’i says was “an attempt to subvert or overthrow the legally constituted Government of the Republic of Kenya.”

“Freedom of expression, including for members of the media, is essential to democracy and is enshrined in Kenya’s Constitution. We urge the Government and all Kenyans to respect freedom of expression and implement court orders calling for the restoration of television broadcasts,” Nauert said.

She commended the restraint shown by s*************s on Tuesday and urge them to continue to refrain from any unnecessary or excessive use of force.

“Any a*****s and prosecutions must be made in full accordance with the rule of law and demonstrate transparent due process. We urge all Kenyans to reject v******e and hatred.”

“Protesters have a right to assemble peacefully, to express their views freely, and to hold opinions without interference,” she said.

Her statement came as crack security officers petrol-bombed the Runda home of lawyer Miguna Miguna and a******d him for his role in swearing in Raila. On Wednesday, Ruaraka MP TJ Kajwang was also a******d and arraigned in court on treason-related charges but was released on a Ksh 50,000 bond.

The US once again urged Kenyan leaders and citizens to begin a national conversation to build cohesion and address long-standing issues.

“The United States continues to support efforts by religious, business, and civil society leaders to begin this conversation in the near future and calls on everyone to participate in this endeavor. The United States stands firmly with the people of Kenya; it is only Kenyans who can find a way to resolve their differences and chart the destiny of this great country,” Nauert concluded.

On its part, the European Union was emphatic that Kenya’s election year is over, and the challenges laid bare by the electoral process will have to be addressed. “All actors should contribute to calm,” the EU statement said.

It said respecting the law the law includes recognising the election of President Kenyatta bit also means “the respect of freedoms of assembly, media and speech and implies lifting any ban on media operating within the law.”