The recent report by the Kenya National Bureau of Statistics (KNBS) that the number of formal jobs generated by the economy fell to a six-year low in 2018 is a sign that employment crisis is far from over. The data revealed only 78,400 new formal jobs were created in the economy last year compared to 114,400 in 2017.

Picture these scenarios: Every year about a million young people join the job market in Kenya, adding on into the ever-growing unemployed youths; Jubilee Government pledged that it will be creating a million job opportunities for the youth every year but has done little to realise even a quarter of it. Let us suppose that the economy by average generates 100,000 annually.

In 2015, when Judicial Service Commission advertised to fill 1,000 vacant positions, it ended up with 80,000 applications. For every job opportunity that is advertised, we have a horde youths applying. What is the probability that one of the applicants can secure that job?

[ READ: An inside look at the newly launched National Employment Authority ]

Some have cited lack of inadequate skills among the youth especially the graduates as a reason for unemployment. That the graduates need retraining to be employable. It is a good strategy to improve youth employability but without creating job opportunities to meet the demand, employment crisis will get worse.

The private sector, while trying to solve employment crisis, is downsizing to maximise on the profits.

How do you stand out of the crowd?

Some youths have moved beyond their comfort and whine zones. They have ventured into entrepreneurship hence creating jobs for their colleagues. Some have ventured into something that is unrelated to their education. They let go their comfort and whining zone and plunged into unknown when they realised that the credentials will not make them carpenters.

What can you show for the knowledge you have gained for the 16 years you have been in school?

A carpenter is proved by his artworks. You cannot be proved by your credentials, which are just but product of exams. Can your B. Com certificate develop and implement a workable business idea? Can your engineering degree device a simple machine that can be used by mama mboga?

There are those who argue that the government should work hard enough and provide job opportunities for the unemployed. Then they are those that worked hard painfully to secure employment opportunities either by starting their own businesses when they realised no opportunity is forthcoming, or they persevered long enough and proved a point to secure a job opportunity. They hold that nothing comes on a silver platter: employment has to be earned.

One of my mentors who happened to have graduated in 1980s told me that after they finished their final exam in campus mid-morning, they trooped at one of the government departments, 26 of them. At the reception, they were asked what they wanted, and they said, “Jobs”.

If you have credentials without any tangible achievement, you stand no chance in the competitive world of employment.

They were asked to write down their names. After a month, they received invitations for interviews. A month later, they were all posted except two.

But times have changed. Every year, colleges and universities churn out graduates into the labour market. The market demand for labourers cannot sustain the high supply of labourers.

[ NEXT: Ten types of handshakes and what they mean in business ]

Amos Burkeywo is a writer, editor and publisher based in Nairobi. Email: [email protected]

Amos Burkeywo is a writer, editor and publisher based in Nairobi. Email: [email protected] 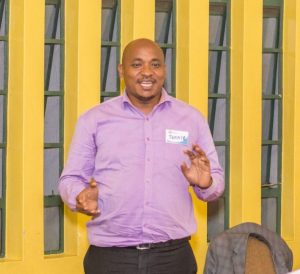