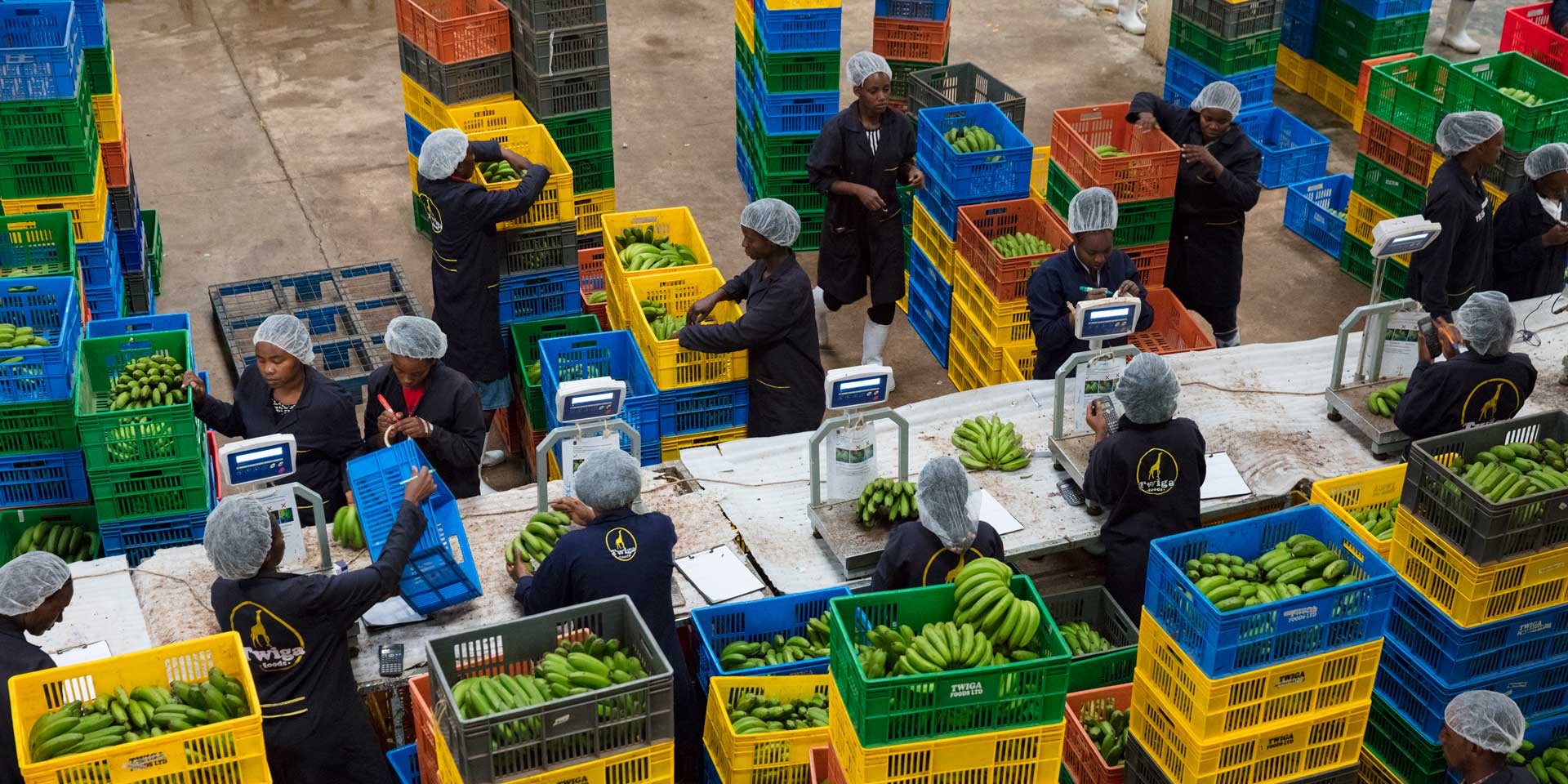 Workers in a Twiga Foods packhouse. The company is planning expansion into 5 African countries.

Twiga Foods is planning for an early 2021 move into at least five new markets on the continent.

Twiga’s mobile-based platform serves as a marketplace where fresh and processed food from thousands of farmers and food manufacturers is delivered to thousands of vendors.

It was launched in Kenya in 2014 by Grant Brooke and Peter Njonjo.

Twiga Foods has so far received over $107 million (Ksh11.8 billion) in funding from investors including the International Finance Corporation (IFC) and Goldman Sachs making it one of Africa’s fastest-growing startups.

Amanda spoke even as the company readied for expansion into Nakuru County in December.

Currently, over 4,000 suppliers and more than 35,000 vendors are registered on Twiga’s platform.

Among other things, the platform promises suppliers and vendors transparent pricing and access to credit from its partners.

Suppliers benefit from guaranteed market for their produce while vendors benefit from the assured quality of produce and a streamlined delivery process.

Like many other businesses, it was disrupted by the Covid-19 pandemic and adopted various measures.

For instance, it enabled a contactless, self-registration process for vendors on its Soko Yetu platform.

It also collaborated with Jumia Foods among other delivery platforms, allowing end consumers to have fresh produce delivered to their doorsteps.