The Board of British American T*****o Kenya (BAT Kenya) has announced the resignation of its Managing Director Beverly Spencer-Obatoyinbo who leaves the company on December 31, 2020, after being at the helm of the company for four years.

In the stead, the company has announced the appointment of Chrispin Achola as the new Managing Director effective January 1,  2021. 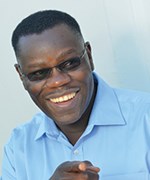 In a statement to investors, BAT Kenya noted that Mrs Beverly had completed her assignment and she will continue to serve in an advisory capacity “for a period of time to ensure smooth transition”.

Before his appointment, Mr.  Achola served as the General Manager at Kimberly Clark for West, East and Central Africa and Managing Director for Nigeria.

Prior to that, he worked for BAT Kenya & BAT Group from 1999 to 2017 having held several roles such as Managing Director for Mozambique and Sudan.

Ms. Spencer leaves the t*****o manufacturer after a successful four-year stint. Prior to her appointment as BAT Kenya MD in March 2017, she previously worked for BAT in the Democratic Republic of Congo, Mauritius, Réunion Island, Somalia, Rwanda, and Uganda.

BAT Kenya is a subsidiary of the British American T*****o Group (BAT Group) that manufactures and sells cigarettes, t*****o, and other n******e products.